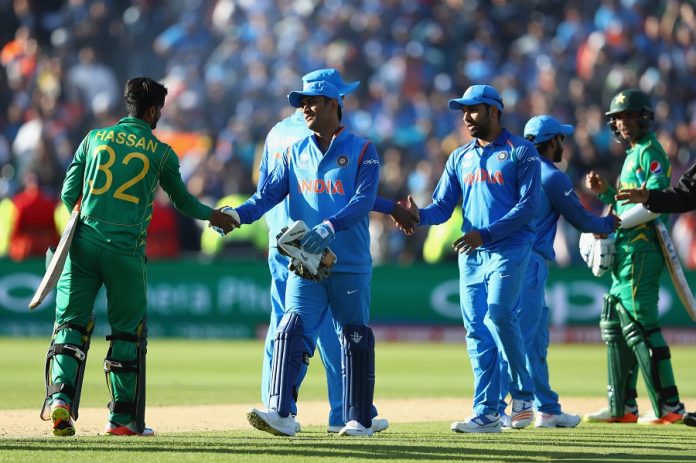 Pakistan fast bowler Hasan Ali hopes that Pakistan can repeat their unforgettable display from the 2017 Champions League Final to end their losing streak against India in T20 World Cups. India have come out on top on the previous five occasions in the showpiece event for the shortest format of the game.

The arch-rivals had met in the finals of the 2017 Champions League in England. India were held as firm favourites to retain their title, more so with India defeating Pakistan comprehensively in the group stage.

However, India faltered across all three departments and ended up on the losing side. A century from Fakhar Zaman and a blistering spell by Mohammad Amir at the beginning meant that Pakistan won the fixture by a comfortable margin.

Hasan Ali feels that they can defeat India if they are able to perform like that afternoon four years ago. He said:

“When we won the Champions Trophy (in 2017), it was a very good time for us and we will try to beat them again in the T20 World Cup. We will give our best. Playing against India is always a pressure game because of the expectations of fans from both countries,” Hasan told a virtual media conference on Wednesday.

He also spoke about how the marquee clash puts pressure on the players. The pacer also noted that he expects the spinners to dominate the proceedings in the dry surfaces of the UAE. He added:

“Even those people who don’t normally watch cricket follow the India vs Pakistan matches, so the pressure on the players is high but we will give it our best.”We know how to bowl in those conditions but yes you can see all teams have picked many spinners in their squads.”

India will face Pakistan in their first fixture of the Super 12s stage on October 24 in Dubai. Both the teams have been drawn alongside New Zealand and Afghanistan with two more members set to join from the qualification round.