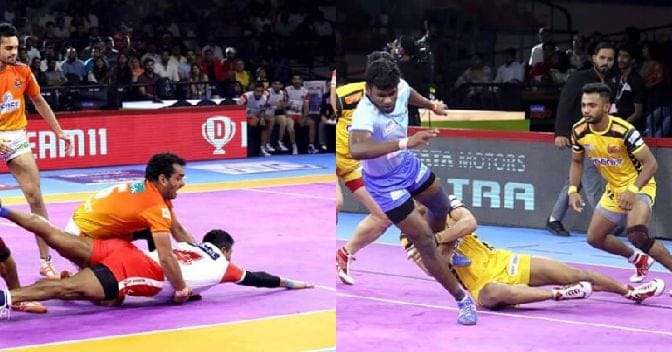 A Vikash Kandola and Vishal Bharadwaj special helped the Haryana Steelers and Telugu Titans win on Day 3 of Bengaluru Leg of Pro Kabaddi League. Haryana Steelers sailed to 2nd spot after a crucial victory against the Puneri Paltans. Veteran Dharmaraj Cherlathan came back to form which was good news for Haryana Steelers as the veteran defender went on to score 5 tackle points. In the other game of the day it was a Vishal Bharadwaj special which helped the Telugu Titans to edge out Tamil Thalaivas who were looking to make a comeback in the tournament. 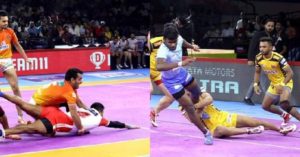 A Dharmaraj Cherlathan special propelled the Steelers to a victory and reach the 2nd spot in the points table. Vikas Kandola’s good form continued as the Steelers raider completed yet another super-10 in the tournament. Whereas the Paltans couldn’t get over the early setback even though Nitin Tomar and Surjeet Singh scored good amount of points for the team.

In a match which was thought to be Rahul Chaudhari vs Siddharth Desai, Titans Star defender Vishal Bharadwaj made this game his own a six-tackle point game and tackling a Thalaivas raider at an important juncture helped the Titans defeat rivals Thalaivas. Ajith Kumar took 13 raid points and proved to be the best raider for the Tamil Thalaivas.