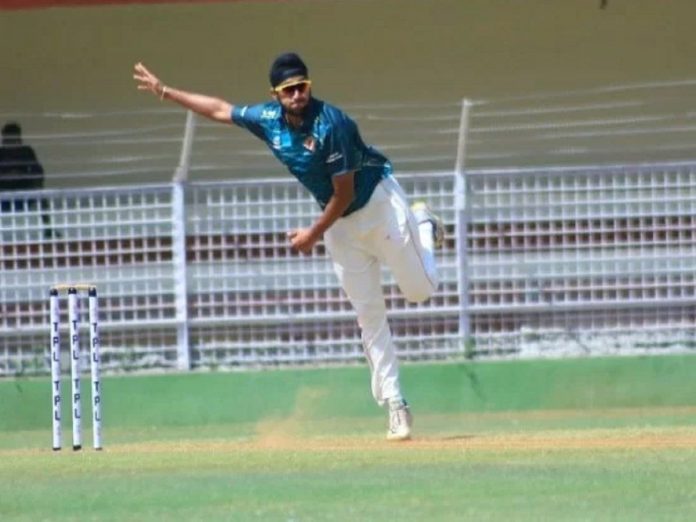 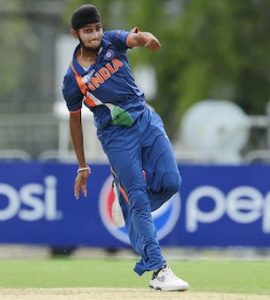 The slow left-arm Orthodox bowler was one of the main reasons behind India’s u19 world Cup 2012 win by picking six wickets in 4 matches at an astounding economy rate of 3.02. He was praised by Ian Chappell, who was said he should be playing for India, claiming “natural flight and guile would right now place him as the best spin bowler in any test side bar England”.

Subsequently, Rajasthan Royals picked him in IPL 2013. But unfortunately for him, he found himself surrounded in the infamous Spot-fixing Saga, where a bookie alleged to have contacted him but couldn’t close the deal as he was too young. BCCI cleared Harmeet after proper investigation.

Since then, he has not been picked in any IPL franchise.

Harmeet represented his state Mumbai in 31 first-class games where he has picked 87 wickets to go with 733 runs. However, due to lack of cricket in Mumbai and a healthy contract in MCL made him shift to the USA.

“I retired (in July) because I wasn’t getting to play for Mumbai, which is my home team. I’m getting good money to play cricket here, which gives me a sense of security. The level of cricket is good too,” Harmeet told Times of India.

Harmeet Singh optimistic about playing for USA in future

The 28-year-old has high hopes about playing for the USA in the future. A player has to stay in the USA for 30 consecutive months in order to become eligible to play for the USA. “If you stay in the US for 30 consecutive months, you qualify to play for the US national cricket team. I’ve completed 12 months, so 18 are left. By the beginning of 2023, I should be eligible to play international cricket for the US. By then, I would be 30. For a spinner, that’s prime-age,” he said.

Harmeet made his debut for Mumbai in 2009. However, he never got to play a full season and showcase his skills. According to him, this lack of opportunities is the biggest regret to shift to the USA.

“I made my debut for Mumbai back in 2009 but never got one full season to prove myself. Still, till 2017, I kept pursuing my dream to play for Mumbai. Basically, in almost a decade, I got to play just nine games for Mumbai. I didn’t even get an opportunity to fail! I was never given a chance to prove myself,” he said.

ALSO READ: Paralympian Davendra Jhanjharia might just bring another gold to the country