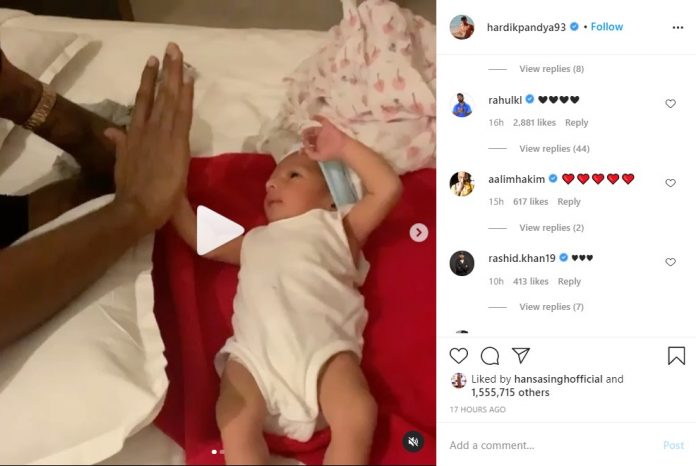 Mumbai Indians all-rounder Hardik Pandya has been in a formidable form with the bat in the ongoing Indian Premier League (IPL) 2020. They successfully beat Delhi Capitals in Qualifier 1 in Dubai on Thursday where he played a vital knock and helped his side put up a massive total of 200 in 20 overs. 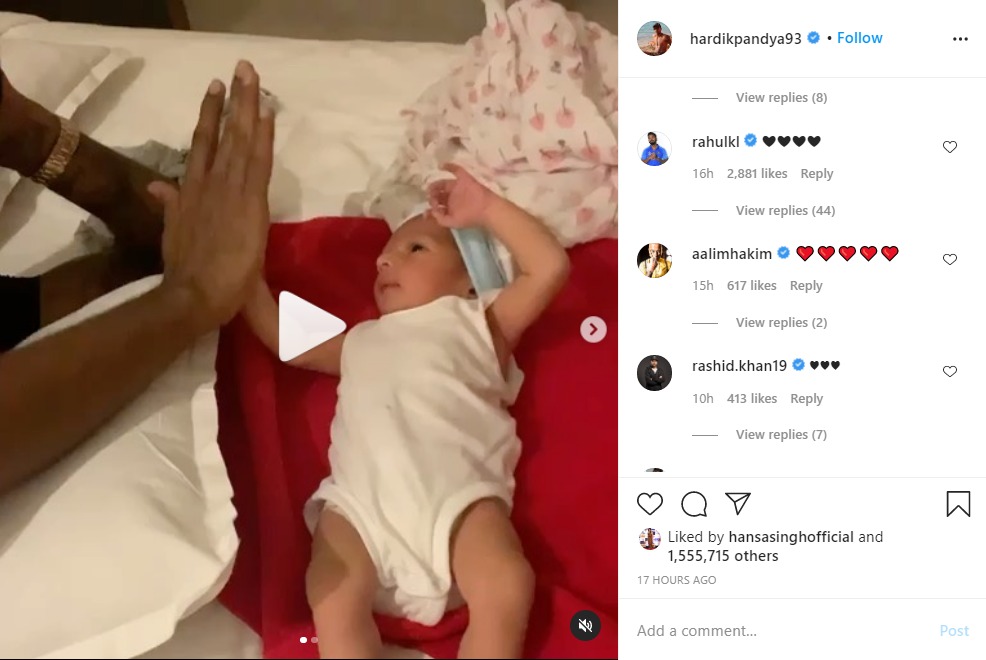 However, a day after the comfortable win, Hardik took to Instagram and shared an adorable throwback video where he can be seen playing with his son Agastya, who was born on July 30 this year. Since he had commitments with his IPL franchise, Mumbai Indians, the all-rounder didn’t get to much time to spend with his little baby boy as he had to join his side in the United Arab Emirates within a month from his son’s birth.

Meanwhile, during his IPL days, he has shared that he has been missing his son who is miles away in India. Sharing the video on Instagram, Hardik wrote: “Play time with Agastya, the thing I miss most. I’ll remember these days for the rest of my life”.

While the fans didn’t take much time to react on the adorable video, KL Rahul and Rashid Khan too joined the party. They both commented with love emojis as well.

Hardik Pandya, who came to bat at the lower down the order against Delhi, smacked an unbeaten 37 off just 14 balls in the first innings. As he had lower back surgery recently, he hasn’t started his bowling yet but has made up for that with the bat on Thursday where he smashed five maximums as well during his swashbuckling knock.

Mumbai Indians, who have so far won the IPL title four times, has finished the group league at the top of the point table and now they are looking forward to winning one more title when they will play the final on November 10. However, after the IPL final, Hardik Pandya will fly to Sydney along with other Team India players for their upcoming Australia tour.

Since he has not been included in the longest format, he is likely to play an important role in the limited-overs series which comprised of three ODIs and three T20Is as well.