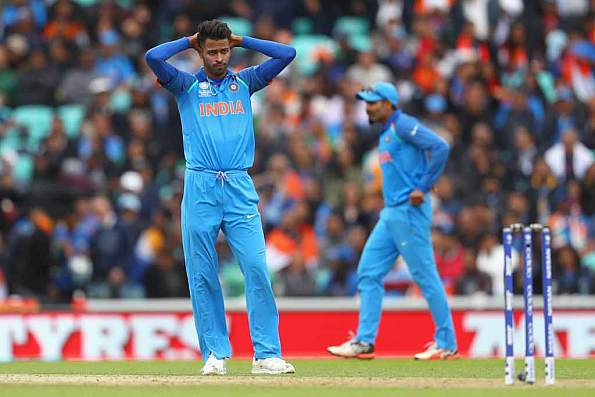 Team India all-rounder Hardik Pandya has been ruled out of the upcoming T20I and ODI series against Australia due to lower back stiffness, the BCCI stated in a media release on Thursday (February 21). The 25-year-old will undergo strength and conditioning training at the National Cricket Academy in Bengaluru from next week.

While no replacement has been named for Pandya in the T20I squad, which is now down to 14 members, left-arm spin-bowling all-rounder Ravindra Jadeja will replace the Baroda cricketer in the ODI team.

NEWS: Hardik Pandya ruled out of Paytm Australia’s tour of India due to lower back stiffness. @imjadeja has been named replacement for Hardik Pandya for the 5 ODIs #AUSvIND pic.twitter.com/l8DUOuDlU3

Pandya’s struggle with back injuries began at the Asia Cup 2018 when he was stretchered off the field during India’s first game. Pandya collapsed midway through his over and the injury ruled him out of the entire tournament. He also missed the subsequent Test, ODI and T20I series against the West Indies in India and was unavailable for the T20Is and Tests against Australia. Pandya recovered in time for the ODIs but was forced to return back to India due to controversial comments made on a TV show.

In Pandya’s absence, Vijay Shankar is the lone seam-bowling all-rounder in India’s T20 squad and is likely to get a few overs with India not utilising his bowling services during the New Zealand T20s.

Jadeja, meanwhile, will be hoping to make the most of this call-up – provided he’s selected in the eleven – to present his case for World Cup selection. The left-armer featured in the ODIs against the Windies and also played the three ODIs against Australia. He was picked for the ODI series against New Zealand but failed to get a game.

India play two T20Is against Australia – on February 24 in Visakhapatnam and February 27 in Bengaluru – before the five-match ODI series which begins on March 2 in Hyderabad.

Mithali Raj in no mood to tolerate troll, shuts him down...