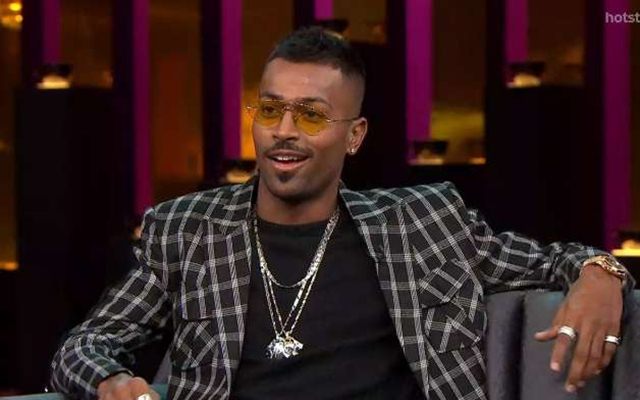 Exactly a year ago, Hardik Pandya and KL Rahul were in hot waters after their appearance on late-night talk show Koffee with Karan drew sharp criticism from cricket fans.

Fans accused the duo of being Misogynist and sexist. Pandya and Rahul were handed a ban from the BCCI and things were harder for Pandya as his longtime sponsor Gillette decided to drop him. 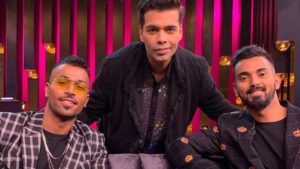 Hardik Pandya later apologised on Twitter and said that he got “carried away with the nature of the show“. Since then, he played in IPL and world cup. He then had to undergo treatment for his back injury that saw his remain on the sidelines for the majority of second half of 2019.

Pandya has now opened up about the backlash last year. In an interview with India Today, he revealed that he kept himself limited to his house for a few days.

“I still remember I did not step out of my house. It took me a week or 10 days to just realise that this is not it. You have to step out and face the things than just being in your cocoon,” Pandya said.

“I realised that this is kind of an exam that is coming at a difficult phase which you have to get through. I then shifted my focus to my game and forgot what happened. Whether I was going to be suspended for six months or coming back in the next game. I had no idea, it was just rumours.”

“Lots of people take me in a very wrong way. Someone who does not know me, they think I am arrogant, I am not easy to talk to and cocky and all. I have got so many people who came to me and said, ‘we thought you were like this but you’re completely opposite’.”

“That’s why the relationship that I have with all my teammates or anyone who knows me closely is fantastic. They are genuinely like my brothers.”

“I still remember when I came back, everyone was looking after me, making sure I was mentally alright, physically alright which was quite a sweet thing. The comeback was fine,” Pandya concluded. (H/T – FirstPost)