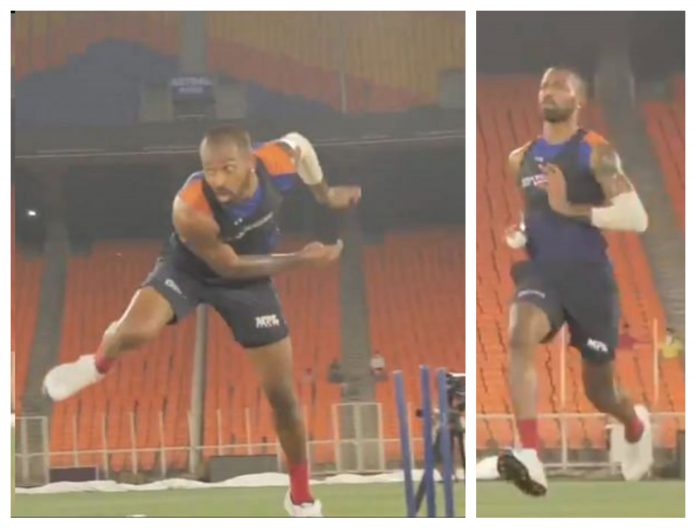 Hardik Pandya was seen bowling with a tweaked action in the nets ahead of the T20 series against England in Ahmedabad. The all-rounder has only bowled on sporadic occasions ever since suffering an ill-fated back injury. 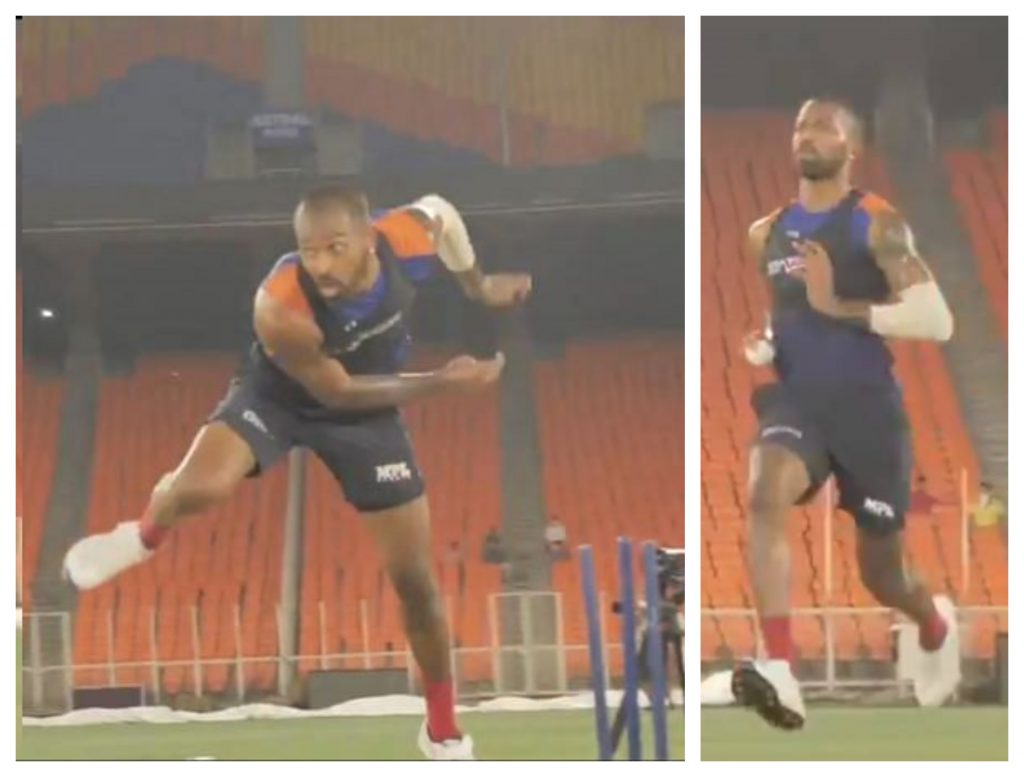 The availability of Hardik Pandya with the ball would be a huge boost for India who have struggled for the sixth bowler in white-ball cricket.

Pandya uploaded a minute-long video from the latest practice session where he was seen honing his pinch-hitting skills with batting coach Vikram Rathour and head coach Ravi Shastri watching with keen interest. However, the last few seconds of the video showcased Hardik Pandya bowling with full intensity.

Preparation done ✅🇮🇳
Can’t wait to get on the field on 12th 🌪 pic.twitter.com/Nyr6Bys2EF

Preparations on in full swing in Ahmedabad ahead of the @Paytm T20I series against England 💪#TeamIndia #INDvENG @GCAMotera pic.twitter.com/6Ij70gwe3i

Former national selector and Test batsman Devang Gandhi pointed out a major change from his previous bowling action. He noted that Pandya has considerably reduced the length of his jump. This may have been done in order to avoid adding stress to the back.

“It seems that he has reduced the length of his jump and in turn the stride is shorter. If you have a big jump, automatically, your stride will be longer and there will be more pounding on landing,” Gandhi told PTI.

If the all-rounder passes the bowling test during the upcoming series with flying colours, he will be a valuable addition to the team that will square off against New Zealand in England for the World Test Championship. Pandya had a good tour of England with the ball during their last visit and could potentially be a threat in England’s general seamer-friendly conditions.

Team India also seem to have fixed their opening selection conundrum with sources claiming that Dhawan may be benched for the entirety of the series. Rohit Sharma and KL Rahul continue to be the first choice opening pair for the side riding on their form.

“KL and Rohit are your opening pair in T20s going into the World T20. Shikhar will be the reserve opener and will have to wait for his turn. May be during the ODIs, he can be given a chance if the ODIs are also treated as an extension of T20 preparation,” Gandhi added

Another toss-up that will ensue will be for the spots in the middle order with new names Ishan Kishan and Suryakumar Yadav in contention for them.

In-form Rishabh Pant is slated to don the gloves, which makes Yadav’s inclusion in the playing eleven more likely than Ishan Kishan’s.