Indian selectors announced the squad for the World Cup on Wednesday which included some surprising inclusions such as R Ashwin and Axar Patel and some surprising exclusions such as of Yuzvendra Chahal and Shikhar Dhawan. The squad has only three front line pacers in Jasprit Bumrah, Mohammed Shami and Bhuvneshwar Kumar. The team was picked by a selection committee which is headed by chief selector Chetan Sharma. 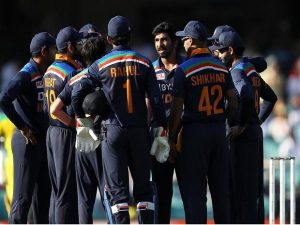 Chetan Sharma revealed that they haven’t selected Virat Kohli as an opener. Rohit Sharma, KL Rahul and Ishan Kishan are the ones selected as openers for the side. Many speculated that India skipper Virat Kohli might open as he did during the last T20I series against England earlier this year.

Chetan Sharma praised young Ishan Kishan as he is a versatile and a utility player. Kishan can bat at top of the order and can play in the middle as well. Hence, he was selected ahead of veteran Shikhar Dhawan who is currently the leading run scorer in IPL 2021.

“Ishan Kishan can bat as an opener as well as fit in as a middle-order batsman. He gave us a lot of options as a player. He’s already opened in the ODI format and even got a fifty in the first game. He’s also a good player of spin in the middle order. Also, a left-hander is important. When leg spinners from different countries come at us, someone explosive like Ishan is important. That’s why Ishan made the cut.”

We didn’t bowl Hardik Pandya very often because we were saving him for World Cup: Chetan Sharma 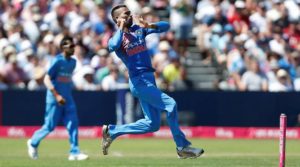 The chief selector Chetan Sharma also gave an update on Hardik Pandya. Hardik hasn’t bowled at full throttle since the World Cup 2019. He has started bowling off late but wasn’t seen at his best. However, Chetan revealed that he is fully fit and will be bowling his full quota of overs.

“There’s always an intention to have some variation but, because of the wickets that are expected, we decided on three fast bowlers with Hardik Pandya as the fourth bowler. In that case, it was difficult to include a left-arm fast bowler. Hardik is absolutely fit and he’s going to bowl his quota of overs in every match. We didn’t bowl him very often because we were saving him for the World Cup.”

Chetan also clarified on why they selected only three pacers. There are chances that they will play only two pacers in the eleven considering the conditions. Hence, the selectors did not want an extra player warming the bench.

“Considering the wickets we could get, where only two fast bowlers play, there’s no point taking someone to warm the bench. It was better to take utility players who can come in handy. We did discuss T Natarajan’s name but he hasn’t played cricket for long, and he’s also been on the injury list, so we stuck to the main guys who are our strike bowlers,” he said.