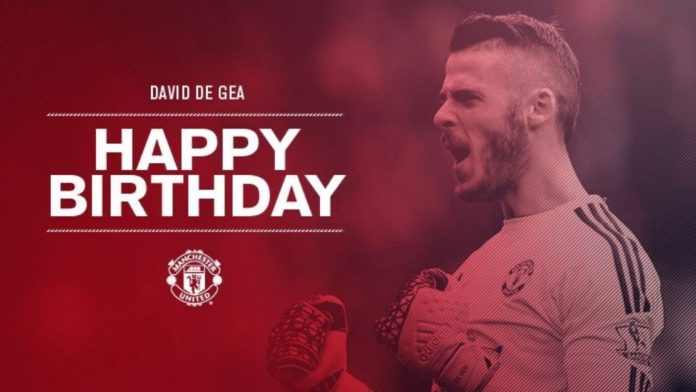 On some days it seems , there is nothing Manchester United goalkeeper David De Gea could not save. Might we be as bold as to believe he could even save the sinking Titanic ? Well, today’s a good day to believe so – as it’s the Spaniard’s 28th birthday today. 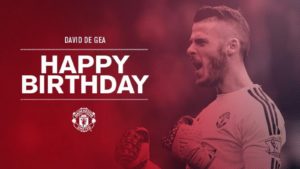 David De Gea has been widely considered the best goalkeeper in the world primarily because of his ability to singlehandedly keep his team in the game. He comes alive in pressure situations , saving goalbound shots and taking the sting out of the opponent team momentum. The Spanish first choice GK is a leader at the back, distributes the ball satisfactorily and most importantly is confident in 1v1’s.

A deal with Real Madrid that fell through in 2015/16 turned out to be a boon for The Reds as they have him tied up with a new contract and De Gea has arguably won them more games than Manchester United forwards.

The 28 year old has won his fair share of elite trophies . Starting from the Under 17 and Under 21 European Championships with Spain to Europa League at Atletico and Premier League with United , the Spaniard has dived to catch trophies everywhere.

Here are his top 10 Premier League saves and with that once again Happy Birthday David De Gea.