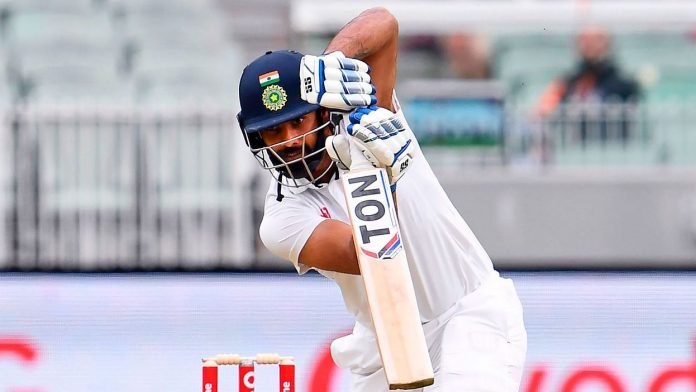 India batsman Hanuma Vihari was instrumental in India’s defiance on Day 5 in Sydney against Australia. His knock of 23 runs might not appeal in quantity, but the 161 balls faced while battling a Grade 2 hamstring tear speaks volumes when it comes to quality. Despite the mind-boggling feat, Vihari was met with some harsh criticism on social media by singer Babul Supriyo.

The batsman played while being on pain killers and while his effort was appreciated by many, the slow nature of the knock did not appeal to Babul Supriyo, who had also spelt the player’s name as ‘Bihari’ in his scathing tweet.

The political leader, who is also a member of the parliament wrote, “Playing 109 balls to score 7! That is atrocious to say the least. Hanuma Bihari has not only killed any Chance for India to achieve a historic win but has also murdered Cricket.. not keeping win an option, even if remotely, is criminal. PS: I know that I know nothing abt cricket.”

The tweet was sent out on the 11th of January during Vihari’s pain-filled blockathon against one of the most potent red ball bowling attacks.

Hanuma Vihari, who has always maintained a calm demeanour ever since his debut for the nation, responded casually to the tweet by correcting his spelling to Vihari instead of Bihari.

Vihari’s innings also protected the likes of Ravindra Jadeja, who in case of a wicket, would have had to bat with a dislocated thumb.

The cricketer from Andhra Pradesh was seen walking back to the pavilion using his bat as support and the severity of the injury was revealed later when he was taken for scans. The Grade 2 hamstring injury will not only keep him out of the final test in Brisbane, but will also be likely to force him out of contention for the home series against England.

Apart from Vihari, Team India are currently riddled with injury issues and will have to field an entirely new look bowling attack in the fourth test.