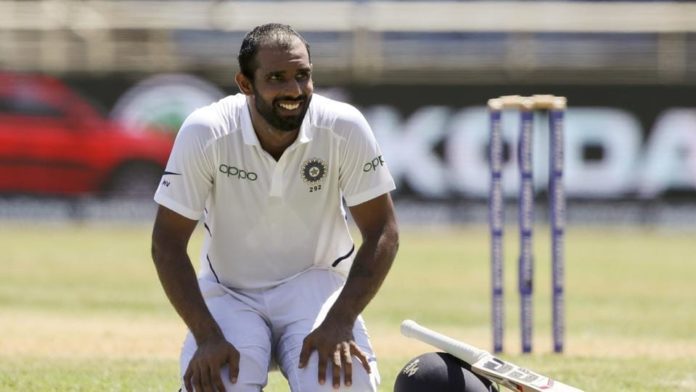 Though the second day of the ongoing India vs West Indies test match at Sabina Park went to Jasprit Bumrah for his hat-trick which made the windies crumble and restricted them to 87/7 at the end of the day. But it was Hanuma Vihari who gained all the headlines for his maiden Test century at Sabina Park in Kingston. 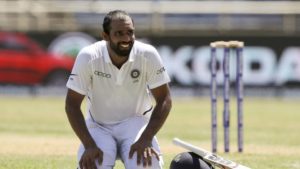 Hanuma Vihari who had made his debut at Oval against England last year, scored his first test century against the Windies and didn’t sigh from thanking his partner Ishant Sharma who stood by him in-order to stitch an important partnership and take the Indian score way past 400. Along the course of the partnership Ishant Sharma also completed his maiden test half-century as he scored his first half century in 126 innings. The veteran Indian Pacer also surpassed his best test score of 31 which he had scored against Australia in the historic Perth test way back in 2008.

The right-handed Andhra Batsman dedicated his maiden test century to his father who had passed away when he was a 12 year old,”Actually, my dad passed away when I was 12 so ever since, I have decided that when I play international cricket I want to dedicate my first hundred to him,” Hanuma Vihari said.”Today is an emotional day and I hope he is proud wherever he is and I’m really happy that I achieved that,” he added.

Hanuma Vihari’s performance in test cricket has made him India’s new crisis man as he has shown the caliber to perform under pressure and bat with the tailenders to help the team get a good score.