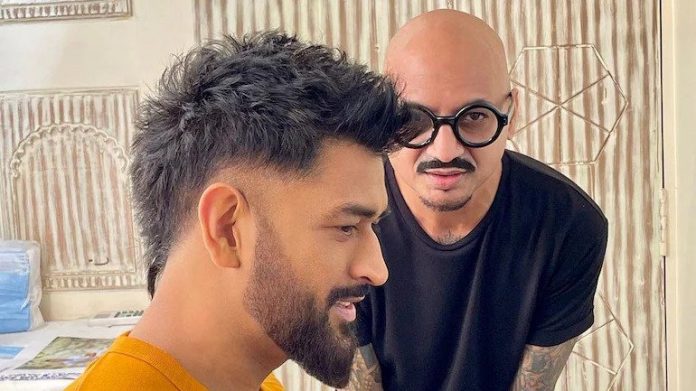 Former Indian captain MS Dhoni is widely known for his different hairstyles. When he started his career, he had long hair. Even Former Pakistan President Pervez Musharraf requested him to not cut his. But he eventually did and had normal haircuts for a while. But recently the World Cup winning captain broke the internet with his new hairstyle. His new look was shared by popular hairstylist Aalim Hakim. Hakim is known to give dashing and new looks to all the prominent celebrities and cricketers. As soon as Hakim shared the picture on his official Instagram account, Dhoni’s fans flooded the post with comments. They could not stop gushing about his new stylish haircut.

. Aalim @AalimHakim Badman is coming for you

The three-time IPL winning captain is set to return for the remaining IPL 2021 which will be in UAE from 19th September. The first clash will renew the famous IPL rivalry between Mumbai Indians and Chennai Super Kings. Their matches are often compared to the “El Clasico”. Both these teams had a nail bitter finish in their first encounter. Fans would love to expect another thrilling encounter.

CSK have received a much-needed boost as English players are available for the IPL. This news broke after the series between England and Bangladesh was postponed. Hence, Sam Curran and Moeen Ali, who are an integral part of the CSK line-up will be available to play. Both the Englishman were CSK’s top performers in the first half of the IPL.

Dhoni’s street smart captaincy stood out. Mahi’s use of Moeen Ali at number three and the promotion of Sam Curran at the top in one of the games was a masterstroke of a decision. Dhoni, though, could not do much with the bat, as he failed to get going in any of the games in the first half of the IPL.

ALSO READ: AEW strikes a deal with Eurosport India to air the shows