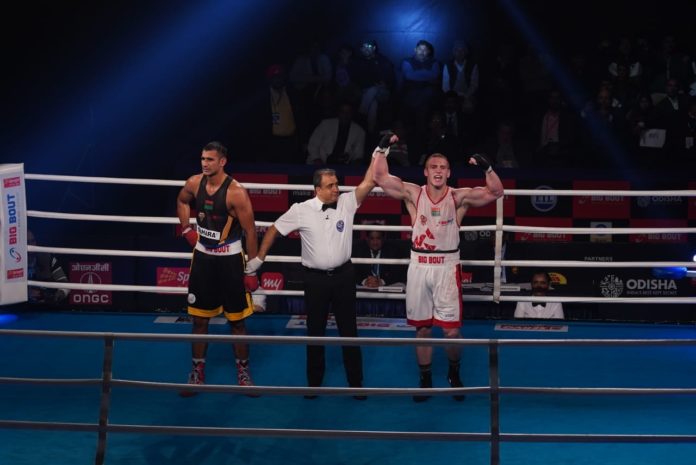 Gujarat Giants unbeaten streak continued in the finals of the inaugural season of The Big Bout Indian Boxing League 2019 as they were crowned champions. The finals was a thrilling experience to witness as the pugilists put up a strong bout against its opponent Punjab Panthers. 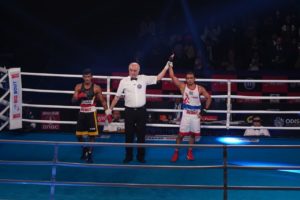 The power packed team of superstar boxers such as Sarita Devi, Duryodhan Negi, Ashish Kumar, Poonam, Rajesh Narwal, Amit Panghal along with players like, Chirag and Scott Forest from Scotland have led the team to win the title of champions and remain unbeaten the entire season. 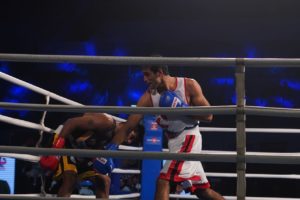 Gujarat Giants have been the favourites since the kick off of the league with consistent and exhilarating performances from each of the prolific pugilists. Backed by some great support staff which provided them the best in class training, the results were bound to come and it showed in the boxers performances.

Gujarat Giants at its core, has the philosophy of inculcating a culture of sports at the grassroots level which is mirrored by the team owner’s – Adani Group’s – philosophy of nation building along with the group’s Garv Hai initiative which supports raw talent pan India. The backbone of Gujarat Giants is to create global-level opportunities for future champions. “The victory for Team Gujarat Giants celebrates the beginning of a new chapter in Indian boxing. The feedback from the boxing community and television audiences among others has been extremely encouraging which augurs well for the sport in the near future. While Indian is already showing great promise in boxing, I am sure the Big Bout League would take the sport to a new level and hopefully become a powerhouse of boxing talent globally in the next 2-3 years.” said, Pranav Adani, Managing Director, Oil, Agro and Gas, Adani Group.

On winning the league title Chirag said, “I am extremely happy to be a part of first champion team in the first Big Bout League and thankful to the Adani Group for this opportunity. I can’t wait for the next season to start.”

Sarita Devi said, “It’s a joyous moment to be a winner in the 1st league itself. Thanks to Gujarat Giants owner, Adani Group. It facilitated such a platform for us. Special thanks to Big Bout league that is highlighting us athletes. We hope this continues in coming years that furthers opportunities for young boxers. Our coaches has supported us phenomenally, especially Sandhu Sir. He has worked in India team for over 30 years and working with him has been a great experience. Along with him Anurag Sir and Hooda Sir, thanks for their care and attention.”

Gurbax Singh Sandhu, coach of Gujarat Giants, said, “This has been a great league with all boxers performing well, especially Amit Panchal, who also motivated the entire team. Besides Amit, other boxers like Chirag, Scott and all other boxers they also did their best and contributed towards this success of Gujarat Giants. Overall, if I evaluate, every boxer of the team put in best efforts which ultimately led to this success. Besides that, the coaches of the team, Jagdip Hooda, Hitesh Kumar, they were very active, supportive and motivated the boxers to give it best. And the support staff, Gaurav, physio, masseur, and even the other sport of audio-visual activities, they were really good. They provided all the required materials to boxers and supported at every point. The total efforts of the whole team of the boxers and the team of support staff, Mr Satyam Trivedi and Dhiraj Parashar from Adani Group, the owners and all the team, they really worked in unism and this is the result, and if they keep on doing this, results will be very good in the future.