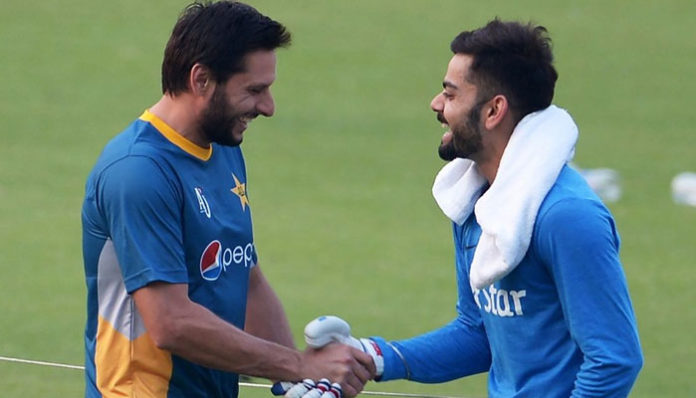 Former Pakistan skipper Shahid Afridi hailed Virat Kohli as a ‘great player’ and wished him success after the Indian captain broke quite a few records on Wednesday night. In the second T20I against South Africa at Mohali, Kohli scored an unbeaten 72 from 52 balls while chasing a decent target of 150 and he became the only batsman to have a batting average above 50 in all three formats of the game. He also has become the highest run-scorer in T20I cricket with 2441 runs from 71 matches. 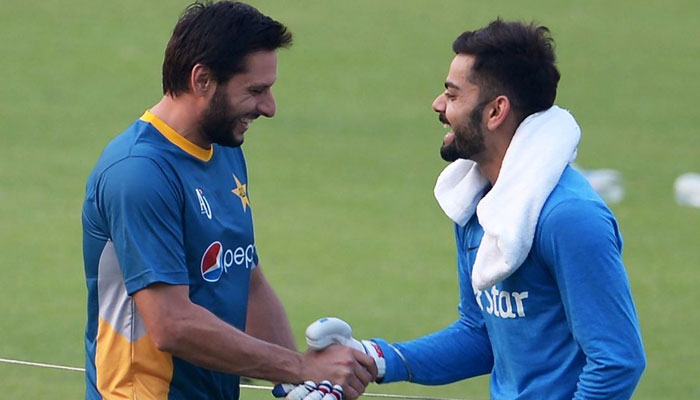 And the former attacking batsman, Afridi acknowledged all his feats through Twitter, saying,

“Congratulations @imVkohli You are a great player indeed, wish you continued success, keep entertaining cricket fans all around the world.”

Congratulations @imVkohli You are a great player indeed, wish you continued success, keep entertaining cricket fans all around the world. https://t.co/OoDmlEECcu

Afridi previously had praised Kohli for his extraordinary batsmanship, picking him ahead of MS Dhoni and Sachin Tendulkar in his all-time World Cup side.

Coincidentally, Kohli who received the man of the match award for the 11th time is now tied with Afridi (11) on the second number in the all-time list after Afghanistan’s Mohammad Nabi (12).

While receiving the accolade, Kohli confessed that he found motivation from the memorable innings against Australia in the 2016 T20 World Cup while he was walking out to bat in Mohali.

Earlier, South Africa after being asked to bat first registered 149 in their innings with Quinton de Kock the top performer of his side with 52 from 37 deliveries. And Kohli, who loves to chase, organised his superb innings with four boundaries and three maximums as India won with an over to spare.