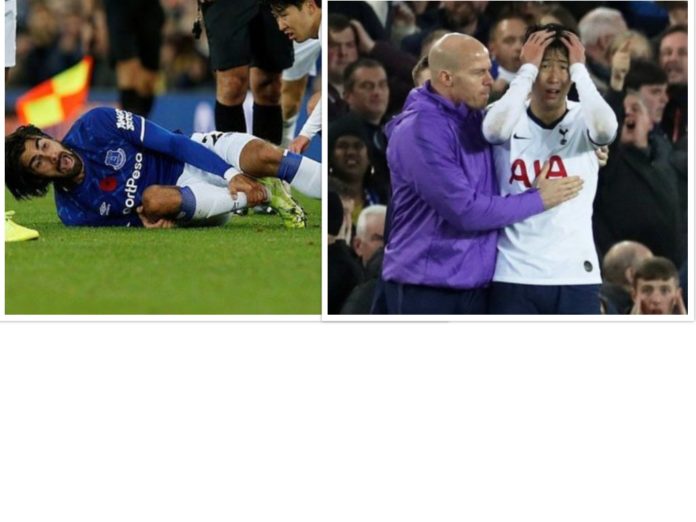 Andre Gomes was a victim to a reckless challenge by Tottenham’s Heung Min Son which was aggravated further after a collision with Serge Aurier. The midfielder ended up with a graphic injury and had to be eventually stretchered out with an emotional Son awarded a red card as well. 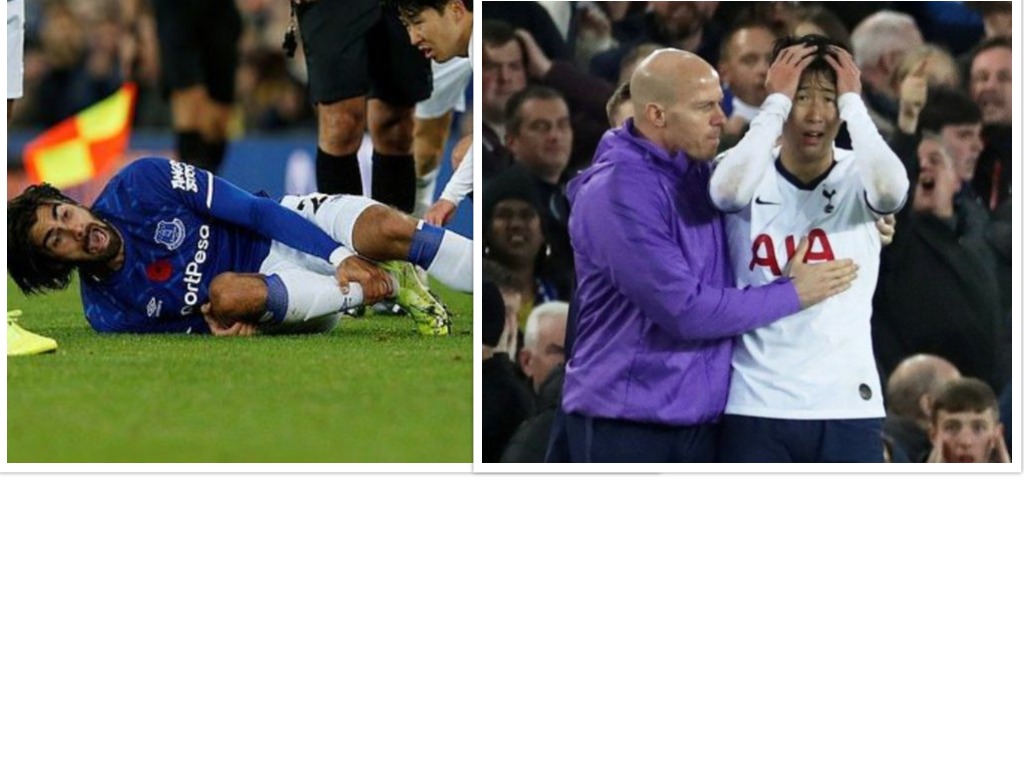 Tottenham visited Goodison Park for the final Premier League fixture of the weekend and while the Spurs lead through a Dele Alli strike in the second half, it was a moment in the 78th minute that the fixture would be remembered for.

Desperately looking for an equalizer, the hosts burst forward with Andre Gomes receiving the ball near the touchline on the left. Son, in a bid to retrieve the ball back, responded with a tackle that took the Portuguese midfielder out. The resulting momentum took Gomes forward and was met with a brutal collision with right-back Serge Aurier.

Gomes went down immediately clutching his right leg. The gravity of the injury was understood when his teammates surrounded him and screamed for the medical team to arrive on the spot. Lucas Digne proceeded to console his teammate while Seamus Coleman urged the medical staff to arrive soon.

The fans in the stands were in direct view and proceeded to flinch their eyes as the horror unfolded. Son who arrived to apparently apologize, burst into a pool of tears upon witnessing Gomes’ condition. Lucas Moura held his head in shock while Aurier began praying right on the pitch.

There is still no update on the extent of the injury, but the initial looks do not look promising, unfortunately.

Everton eventually managed to score an equalizer deep into stoppage time to share the points at Goodison Park.

Check out videos of the incident right below:

Watch: Someone was haunting the Juventus grounds on Halloween night. Can you guess who?