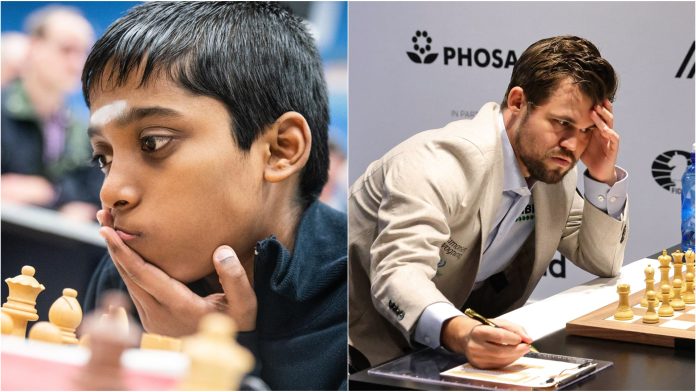 The Chess prodigy, Grandmaster R Praggnanandhaa was triumphant against the World champion Magnus Carlsen in a shocking fashion. On Monday, in the eighth round of the Airthings Masters, an online rapid chess tournament, Carlsen was defeated by the youngest player in the field, a 16-year-old Indian Grandmaster, R Praggnanandhaa. 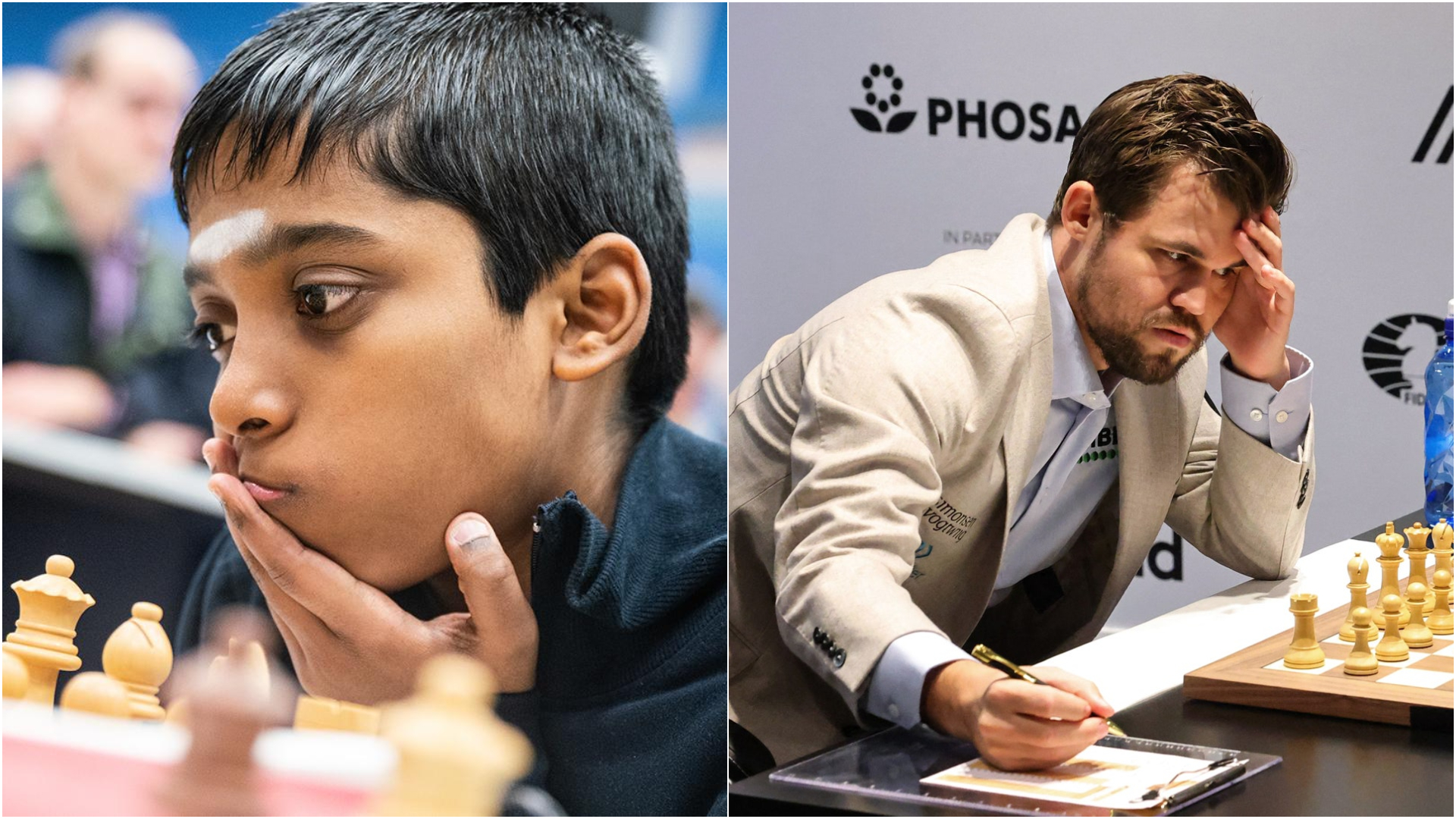 He won with black pieces in 39 moves in a Tarrasch variation game to halt Carlsen’s run of three straight wins. The teenager, prior to this huge win had two draws and four defeats and just one solitary victory over Lev Aronian in the earlier rounds. He drew against Anish Giri and Quang Liem Le and lost to Eric Hansen, Ding Liren, Jan-Kryzstof Duda and Shakhriyar Mamedyarov.

Carlsen had racked up three wins in a row but the defeta against Praggnanandhaa Carlsen finished down in fifth – up from 11th on the leader board yesterday. This was also R Praggnanandhaa first win in any form of chess against the Norwegian.

Meanwhile, Russia’s Ian Nepomniachtchi, who lost the world championship match a few months ago to the Norwegian world no 1 Carlsen, is on top of the standings with 19 points followed by Ding Liren and Hansen (both on 15 points).

Carlsen finished down in fifth – up from 11th on the leaderboard yesterday. “I think it’s about just going to bed,” FIDE’s website quoted Praggnanandha as saying.