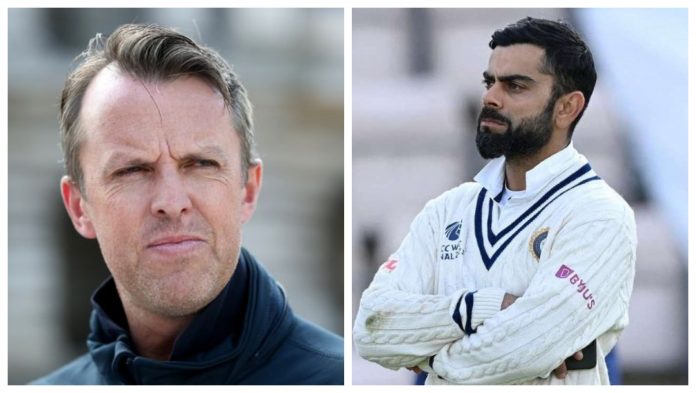 England’s legendary spinner Graeme Swann is completely against the idea of removing Virat Kohli as captain of the Indian team. This has come after constant criticism of Virat Kohli for not winning any major trophy as captain. India recently lost the World Test Championship final against New Zealand under the captaincy of Kohli.

Kohli is the most successful Indian captain with 33 wins . He recently became India’s most-capped Test captain with 61 tests. Under him, the Indian team has finished as the No.1-ranked Test side for five consecutive years.

Swann reckons one cannot overlook the fact that the reason the team reached the final had plenty to do with Kohli’s fearless captaincy, and the aura he brings to this unit as a whole. In fact, Swann suggests it would be a ‘crime against cricket’ to remove Kohli as captain, given what he brings to the table.

“Virat Kohli is an absolute champion and a superstar. He has added steel to the Indian team. You only have to see his passion whenever a wicket goes. (Look at) His face when there is a misfield. He is 100 percent committed to the job. “

“To get rid of Virat Kohli at the moment, when you have such a good captain, would be an absolute crime against cricket. I don’t think they should look elsewhere,” Swann told SportsKeeda.

Indian team was undercooked for the final: Graeme Swann 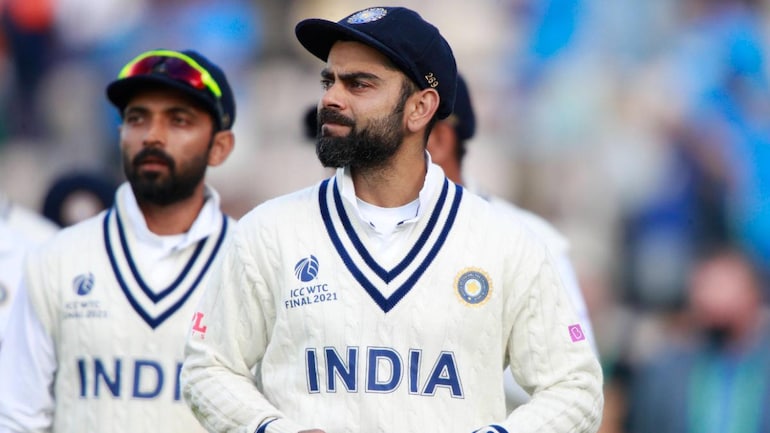 Reviewing India’s performance in the WTC finals, Swann feels Indian team did not have enough preparation. Prior to the final, the last form of professional cricket the Indian cricketers played was the IPL. Even though they did warm-up with an intra-squad simulation game, it was never going to be enough.

On the other hand, New Zealand reached the shores of the UK way beforehand. They also played a test series against England. The conditions in England are also similar to that in New Zealand. Hence, New Zealand wouldn’t find it difficult to acclimatize to the UK. They got their match practice and their players found form at the right time.

“India just had net practice in Southampton. Nothing beats preparing for a Test match like actual Test match play. So New Zealand had everything in their favor when it came to who was going to win that game. That showed during the five days as India looked slightly rusty, especially some of the batsmen,” added Swann.

India’s next test assignment will be in August. The BCCI has requested for some side games so that players can have match practice and remove their rustiness before the important series.

READ : Was one match enough to crown WTC champions even when playing field wasn’t balanced?