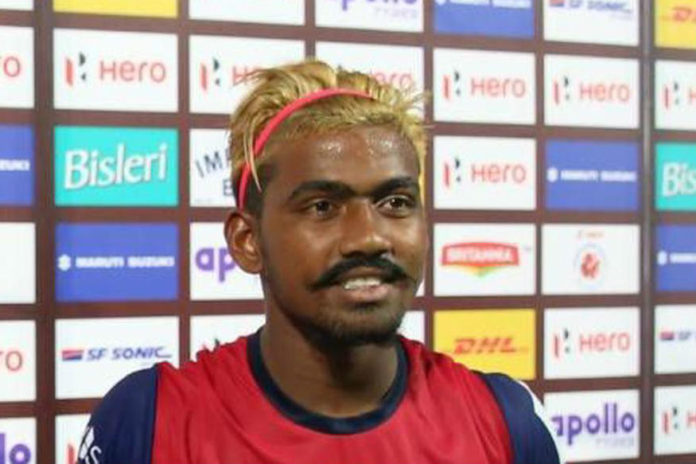 Jamshedpur FC’s striker Gourav Mukhi has been suspended by AIFF over his alleged age fraud case. Mukhi came on as a substitute in their game against Bengaluru FC and scored his first ISL goal. The commentators exclaimed on the top of their lungs that he became the youngest goal-scorer in the ISL, not taking into account his full-grown mustache and muscular shoulders which depict otherwise.

An earlier article of 2015 did the rounds in social media and various news websites where it was reported that Jharkhand had been stripped of their U-15 National Championships after five of their players, including Gourav Mukhi, confessed that they were overage.

The AIFF released a press release which read the following, “In the interest of fair play, the AIFF Disciplinary Committee based on prima facie seriousness of the issue has put the player under ‘suspension’ from participation in any AIFF events until a final decision is reached.”

On paper, he is just 16. Moreover, his passport even mentions the same. But, if he was above 15 in 2015, how can he be just 16 three years later? Indian football is marred with the glaring issue of age-fraud. Winning laurels in age-group tournaments are extremely beneficial in acquiring government jobs through the sports quota, and it is this bare minimum which the footballers run after.

Gourav Mukhi is summoned by the AIFF on 24th of November in their head office in November where he will be given a chance for justification. Till then, he remains suspended.