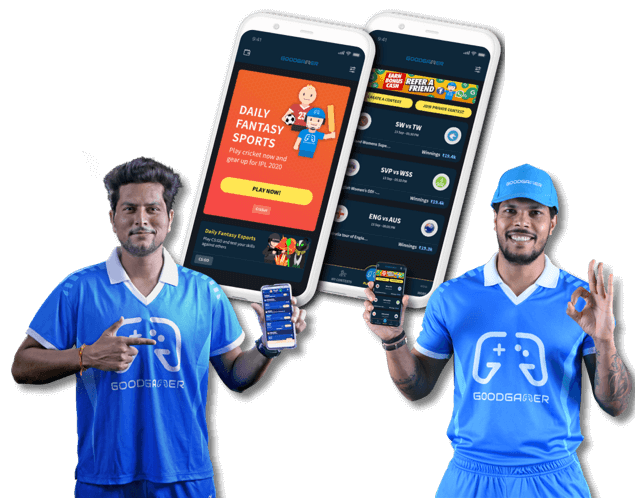 GoodGamer, India’s first Daily Fantasy Sports and true Esports gaming platform, will provide unique options to its users – starting with cricket and CS:GO, and then later providing other popular options such as Football (Soccer), Valorant, Dota 2, a Quiz game and Indian Rummy, all before 2021.

“India and Cricket represent an incredible opportunity for GoodGamer. With a cricket fan base reaching 900 million users, the return of franchise cricket on Disney + Hotstar is the perfect place and time for launching our app,” said

GoodGamer CEO Charles Creighton. He further added, “Our app is also primed to gain access to India’s 350 million mobile gamers with CS:GO and our future launch of Valorant, Dota 2 and Freefire.”

GoodGamer is the first to provide its users with multiple features such as prop fantasy contests, player injury reports, player injury alerts, an AI-based lineup optimizer and private contests where the creators can earn a commission for creating and managing the contests – all of this happening under one platform.

In addition to the launch, the gaming corp also announced an advertising agreement with  Disney+ Hotstar, the official live streaming partners of Dream11 IPL as well as other premium sports in India. GoodGamer is also one of the key advertisers at the Indian Premier League  2020. With the ongoing IPL season, the users will get the chance to win big every day.

A huge curtain raiser from the brand was the announcement of India’s laurels – Umesh Yadav and Kuldeep Yadav as influencers for them amidst the festive season of IPL to mark the return of cricket. While Umesh and Kuldeep will be taking wickets on the pitch, cricket fans can win big just by downloading and playing on GoodGamer.

He also added, “Skyesports will be leveraging their million+ followers, influencer contacts, and its 50 million users reach on Youtube to give us that rocket fuel for our launch here. So many  cricket fans also love Esports, this is a perfect fit that makes sense.”

There is a definite buzz around the unique proportion that GoodGamer provides. The fantasy gaming service offers a deposit bonus for every deposit a player makes to enter a DFS contest.  Users can also earn additional money by signing up for GoodGamer’s ‘Refer-a-Friend’ program.  The Refer-a-Friend program allows a user to earn up to ₹100 Cash Bonus for each referral and a 5% Cash Bonus on a friend’s deposit up to a ₹1000 Cash Bonus.

Which IPL team has the best young cricketers?