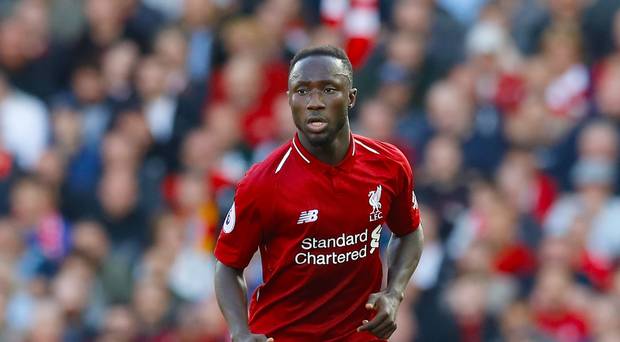 Liverpool fans can heave a sigh of relief as diagnosis confirms that the Guinean star doesn’t have any heart problem.

The Liverpool midfielder was taken to a hospital after collapsing suddenly in the field without any contact during Wednesday’s Champions League loss to Napoli. He was carted off and reportedly admitted to the cardiology unit of a local hospital in Naples.

Despite several reports in Italy claimed that he suffered a heart problem, the Anfield club swept these claims under the rug and made it clear that the 23-year-old was suffering from a back trauma.

The diagnosis was confirmed by Dr Ciro Mauro who is director of the cardiology department at the medical facility, and also coordinator of the emergency admissions department.

Speaking to Italian radio, he confirmed Keita was kept in overnight after being submitted for MRI and CAT scans on his spine having appeared to collapse on the pitch at the Stadio San Paolo.

“Keita’s just been discharged,” Dr Mauro explained on Thursday afternoon. “He got a flight to Liverpool at 2pm. He didn’t have a cardiological problem, it was a strong back trauma.

“He had an MRI and CAT scan to rule out any problems to his spine. It is not related to a cardiovascular problem. The player was serene when he left and the Naples doctors have given him a good bill of health.”