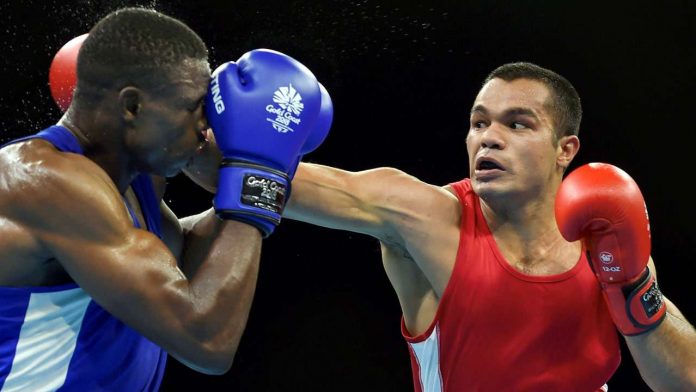 Vikas Krishan seems determined to make his 3rd Olympics appearance the most memorable of his life after the ace boxer boldly declared his wish to win the gold medal in Tokyo.

Krishan is one of the 9 boxers slated to represent India in the coming Olympics and according to many remains India’s biggest medal hope in the boxing arena. Krishan’s appearance at the biggest stage of all will also make him only the second Indian male boxer after Vijender Kumar to have participated at three Olympics. 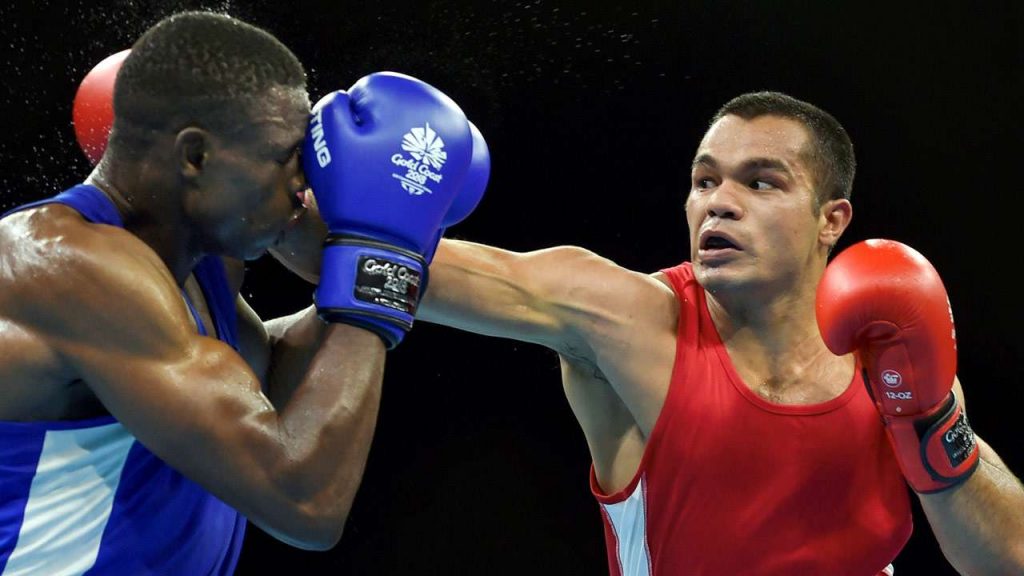 The Tokyo Olympics after being cancelled due to  Coronavirus are slated to take place sometime in 2021.

The experienced Indian pugilist has been training for the past few months in the US with his coach Ronald Simms and is now back in the country.

With the Olympics in close sight, the 28-year-old believes that it will be third time lucky for him and wants to clinch the gold for the country after a successful Olympic qualification campaign. “My aim is to win the gold medal for the country this time. I have represented two times but now it is the time to grab that gold,” he told Sports Tiger’s show “Building Bridge”. He also added, “I am going to show the world how boxing is an art and how I am going to make people miss punches and then hit them back.”

India is sending a record contingent of 9 boxers to Tokyo and seems best poised to improve it’s not so substantial haul at the biggest of stages and that is precisely what Vikas also believes.

“We have got quite a strong team, we have got two world championship medalists in Amit Panghal and Manish Kaushik. You know that those guys are tough and they can beat any guy on the given day. Apart from that we have Satish Kumar who is much more experienced and we have Ashish Chaudhary and we have good guys. Our team is quite strong. It’s a combination of both youth and experience. We are going to do well at the Olympics.”

The Commonwealth and Aian Games gold medallist has also had his run-in with professional boxing and seems set in following the footsteps of his idol Vijender Singh.

He gave his perspective about the pros and cons of the same and said, “One can earn much more money and respect in the sport of boxing as compared to other sports. You can make a lot of money, you can represent your country at the pro-level and you can make people realize that your country is something in pro-boxing and you are always backed by your country at the top-most level.”

Talking about the disadvantages, Vikas said, “The disadvantages of boxing is that you get punched in the face every day. It builds up. After you get to 35-40 years of age you start forgetting things”