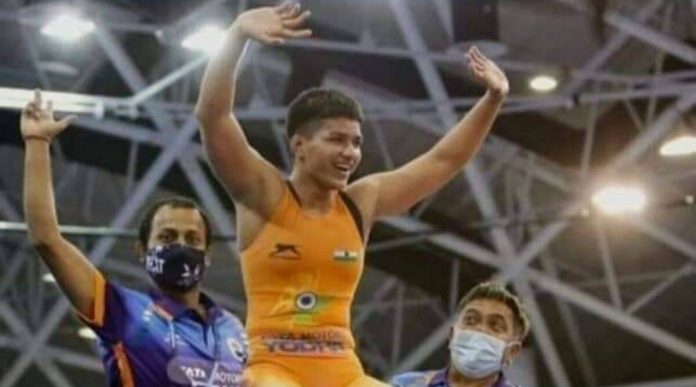 The nation was busy celebrating after Mirabai Chanu won a silver medal at the Tokyo Olympics in the women’s weightlifting category but in the midst of all this celebration a rumour claiming Priya Malik won gold at the showpiece event spread like wildfire. 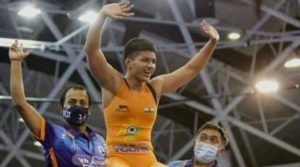 Before anyone could check the facts, netizens were pouring congratulatory messages for Malik. Hashtags like #PriyaMalik, #Olympics, #Cheer4India and #Tokyo2020 were trending on both Twitter and Facebook.

The origin of the fake claim is not known. India Today Anti-Fake News War Room (AFWA) was the first to break the news about the claim being entirely misleading. Malik, the Haryana girl, has indeed won gold but not at the 2021 Tokyo Olympics but at the Cadet World Championship in the 73 kg category that took place in Budapest, Hungary, on July 22.

Wrestlers, Priya Malik and Tannu Malik have clinched gold at the Cadet World Championships in the 73 kg and 43 kg category, respectively. Both of them wrestled their way to the finals and went onto win gold for the country.

So far Haryana has produced two champions in wrestling, Priya Malik and the Olympic champion Sakshi Malik. The news of her triumph had been published on several news outlets.

If this was true India’s medal count would have increased to two now that Mirabai Chanu has added yet another Olympic medal to her collection but unfortunately, the count remains at one. Upcoming games in the Olympics might bring in some more positive news for the country as the Indian contingent this year is quite strong, both in numbers and in capability.