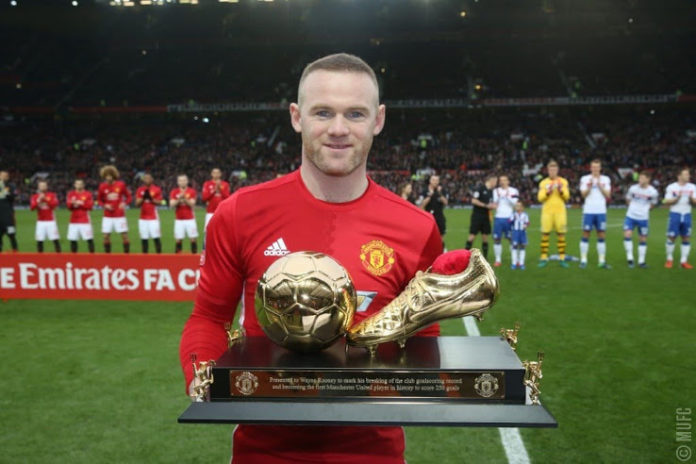 14 years ago, on this day, Manchester United signed their very own Scouser from Everton. Born in Croxteth, Liverpool. His dislike towards the red side of Merseyside was something both his top tier Premier League clubs benefitted from and today, the man is hailed as one of the greatest strikers in the history of the game. He goes by the name of Wayne Rooney

Wayne Rooney started his career at Everton, making his debut at the tender age of 16. He was beckoned to be a star since then. His skill  and control with a football was mature beyond his years, and his goal scoring prowess ripped defences apart shortly after.

Word of a new star born in Everton didn’t take long to circulate around the footballing world, and Rooney caught the eyes of several great managers, but he was signed by the absolute best.

Rooney was signed in 2004 by Sir Alex Ferguson for Manchester United, where he scored on his debut at the age of 18. Since that day, he has scored 253 goals in 559 games, winning the honour of being the highest goal scorer of all time for the club. The Englishman has won % Premier League title, 1 FA Cup, 3 Community Shields, 1 Europa League and 1 Champions League with the Red Devils along with several other individual awards. His international career is commendable as well. Despite not winning any international trophies, he is the highest goal scorer for his country, with 53 goals in 119 appearances.

Rooney left United at the end of the 2016-17 season as one of the biggest legends the club has ever seen, playing alongside greats like Scholes, Giggs, Ronaldo, Schweinsteiger, Ibrahimovic, carrick, the list goes on and on.

Today, the 32 year old plays for DC United in the MLS, and even to this day, keeps showing his brilliance and experience on the pitch, helping DC to win games, and wowing fans all over the world.

Aaron Ramsey and Arsenal on the verge of a break up