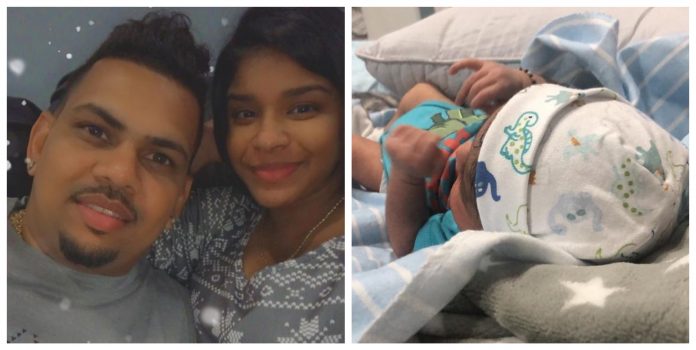 West Indies spinner Sunil Narine and his wife Anjellia have become proud parents of their first child. He gave the good news to his fans on Monday by sharing a photo of the baby on his Instagram account. However, they had revealed it in December last year that they are going to welcome a new member to their family soon.

“You fill a place in our heart that we never knew was empty, we have seen all of God’s goodness and grace in one tiny face. We love you unconditionally – Dad & Mom,” he shared the image with this caption.

As soon as he shared the news, fans started commenting on it. His national teammate  Kieron Pollard commented, “Welcome to fatherhood 🙏🏾🙏🏾🙏🏾”

However, Sunil Narine is currently in the UAE as he has been playing for the Deccan Gladiators in the Abu Dhabi T10 league. His first appearance came on January 28, which was also his first competitive game ever since he had played in the 2020 Indian Premier League (IPL) which also took place in the UAE.

Although Narine is considered as one of the best T20 spinners in the world cricket, he didn’t have a good season with the Kolkata Knight Riders in IPL 2020. He could manage to pick up just five wickets in 10 games and scored only 121 runs as KKR failed to reach the playoffs despite having a good start.

Earlier, India captain Virat Kohli and his wife Anushka Sharma too shared the first picture of their daughter, Vamika on social media. Sharing the picture, Sharma wrote, “We have lived together with love , presence and gratitude as a way of life but this little one , Vamika ❤️ has taken it to a whole new level ! Tears , laughter , worry , bliss – emotions that have been experienced in a span of minutes sometimes ! Sleep is elusive but our hearts are SO full ❤️ Thanking you all for your wishes , prayers and good energy.”