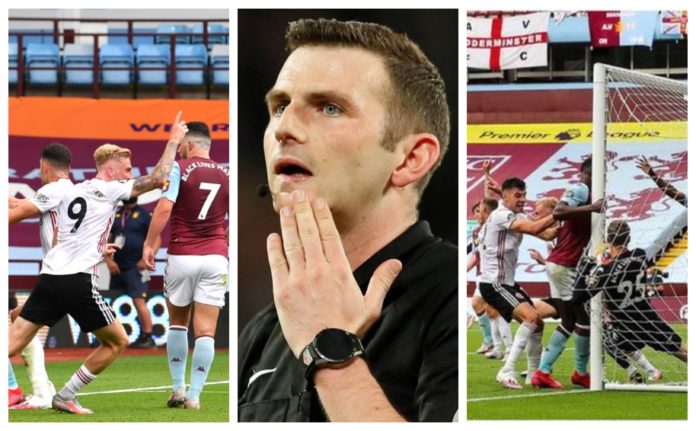 Aston Villa and Sheffield United kicked off the Premier League once again at Villa Park and as the first half neared completion, controversy engulfed the spectator-less stadium. 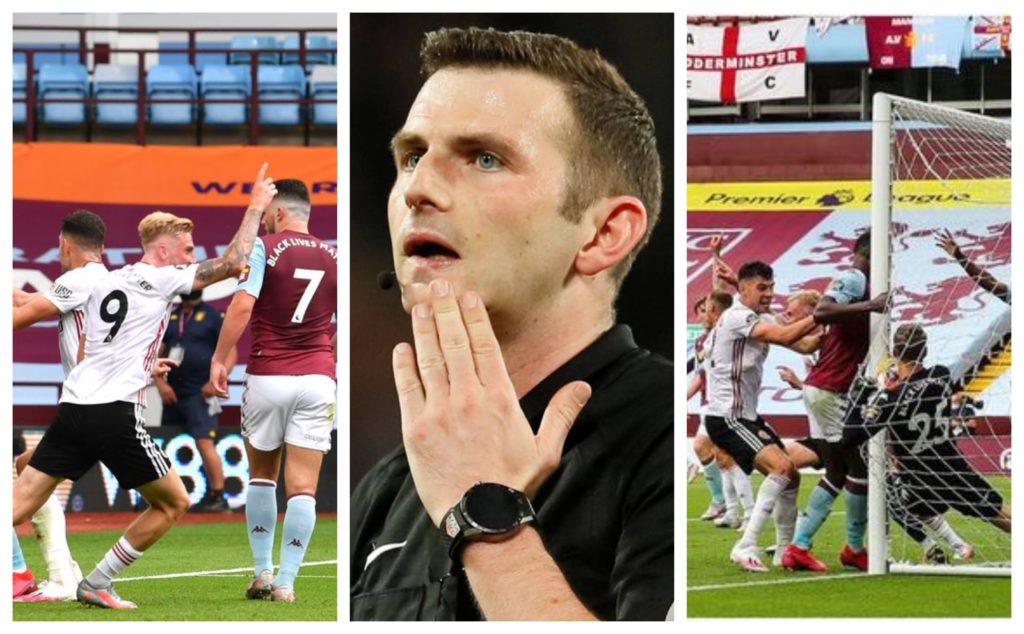 The moment of the half began with a free-kick awarded to the visitors which Norwood dispatched into the box. Second choice keeper Orjan Nyland, who was guarding the sticks in absence of the regular Tom Heaton, was unable to keep his balance after collecting the aerial delivery.

Momentum proceeded to steer Nyland behind the line and the ball in his gloves along with it as well. While the goalkeeper resumed the action soon, the Sheffield United players were all over referee Michael Oliver regarding the status of the position of the ball with respect to the line. You can see the incident right below:

Where is both VAR and Goal-line technology when you need it?

How has goal line technology failed?! That seems clearly over the line.#AVLSHU #PremierLeague pic.twitter.com/aWjxqvA5YM

Michael Oliver swayed away the players claiming that there was no vibration on his watch which usually signals whether the ball has crossed the line or not. While it seemed that the matter was resolved, the replays showed otherwise. The replays clearly showed that the ball was behind the line much to the chagrin of Sheffield United who made their feelings clear with a tweet.

As of writing, the half-time score reads 0-0 as the teams head into the tunnel. Both teams need points, but for different needs as Sheffield United aims to mount Manchester United, Wolves and co. for the fifth position while Aston Villa looks to avoid relegation in their first season back in the Premier League.