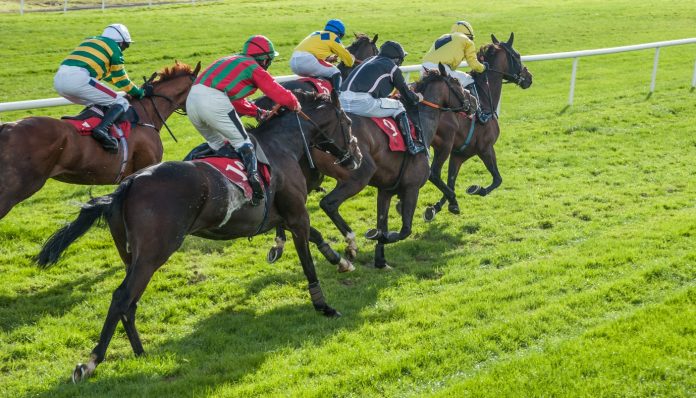 When discussing the best flat-racing horses in the UK & Ireland today, it would be remiss of pundits and fans not to mention the Aidan O’Brien-trained Kyprios. The classy four-year-old’s form of late has been nothing short of sensational – and if he hadn’t solidified his greatness prior to his run at Goodwood last month, his performance in the meeting’s flagship race will go a long way to putting any doubts surrounding his brilliance to rest.

Although he entered the Goodwood Cup as the slight favourite in the horse racing betting, he wasn’t without his fair share of competition as he lined up against a quality field that included all-time great and rival Stradivarius – along with last year’s winner of the same race Trueshan.

As the race began and the field made their way around the initial left-hand turn, Kyprios established himself towards the front of the pack and settled nicely into fourth position. Remaining there for much of the first half of the race, jockey Ryan Moore looked happy with the level pace leaders Nate the Great and Thunderous had set.

Once they approached the back straight, Moore made his intentions of a strong second mile clear, improving to third and mounting the pressure on a pair of leaders who he knew would struggle to go tit for tat with his thoroughbred down the stretch. A considerable lift in pace ensued, and Kyprios made his push and took the lead with less than half a mile remaining.

What followed was one of the most dramatic finishes you will see, with the back-and-forth affair between Kyprios and Stradivarius down the straight leaving fans in awe of the pair’s unbelievable prowess. To add to the theatre, just when it appeared as though Strad was in the box seat to steal a fifth Goodwood Cup victory, Kyprios’ exceptional final 100 metres was a sight to behold as he kept on well to narrowly come away with the win.

Not only was it one of the finest displays in Goodwood Cup history, we may also look back on it as a legacy-defining moment in the career of a horse in Kyprios who is rapidly showing just how special he is.

His triumph at Goodwood ensures that he currently remains unbeaten in 2022 – adding yet another feather in the cap for Kyprios who boasts other notable victories this year at Royal Ascot, Leopardstown and Navan. It’s a run of success that has some industry experts believing that the stayer could be entered into Australia’s premier event on the racing calendar taking place in November – the Melbourne Cup.

How he would fare in the two-mile contest locally referred to as “the race that stops the nation” remains unknown – however – his victories over that distance this season have proven he has the talent, will and resilience to be competitive. Additionally, with the rapport the colt is building with Royal Ascot jockeys’ title winner Ryan Moore, if they were to make the daunting trip and saddle up together on the first Tuesday of November – the pair could prove to be a real threat.

While it’s enjoyable to fantasise about his untapped potential and the success he could have on the international stage moving forward, attention must first be turned to more time-sensitive meetings that he is likely to take part in – with the Irish St Leger being the major target.

If he can impress in the 1m6f Group 1 affair, it may just provide O’Brien the confidence he needs to enter Kyprios in the world’s richest two-mile handicap at Flemington.