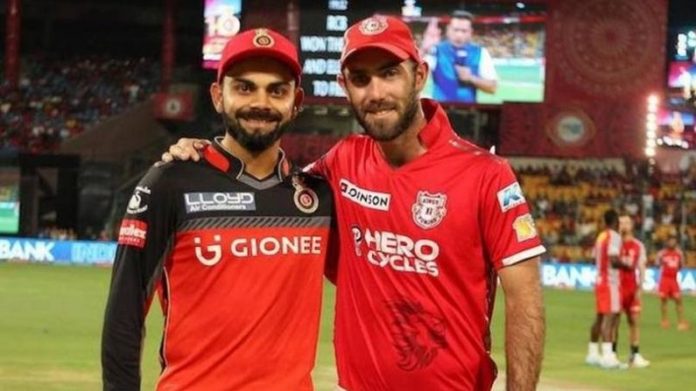 Australia all-rounder Glenn Maxwell is all set to play for Royal Challengers Bangalore (RCB) in the upcoming edition of the Indian Premier League after he was bought for a whopping price of INR 14.25 crore by RCB at the mini-auctions in Chennai in February. Notably, he had a poor show in the UAE last year where he could manage only 108 runs in 13 matches at a strike rate of 101.88.

Despite that, he attracted big franchises at the auctions and a bidding war started between RCB and three-time IPL winners Chennai Super Kings (CSK) before being sold to the Virat Kohli-led RCB for a huge price as well. However, Maxwell has expressed his excitement to play for the team alongside AB de Villiers prior to the auctions in February as well.

He even shared his desire to play under Virat Kohli and he praised the current Indian captain and referred to him as the ‘pinnacle of the game’ for his utter dominance across formats. However, he was impressed with the captaincy of Kohli and wants to learn from him during the season.

“The RCB stint is going to be next level,” Glenn Maxwell said to the Australian Associated Press (AAP). “Kohli has been the pinnacle of the game for a while as a multi-format player from Tests all the way to T20s. He’s been able to adapt his game, dominate for a long period of time and deal with the Indian pressure of being their captain and their best player.”

“I’m looking forward to watching him go about his work, not just in games but in training, and hopefully tapping into some of the leadership stuff and try and learn from him,” he further added.

The swashbuckling Australian batsman again shared that he had shared a good bond and friendship with Virat Kohli over the years and he also revealed that Kohli had supported him when he took a break from cricket due to his mental health issues.

“He’s been a solid backer of my stance. In a way he probably understood a lot of the things that I was going through – a lot of expectation and pressure, which I’m sure he can relate to,” he concluded.

Notably, the 14th edition of the Indian Premier League will begin from the second week of April in India.