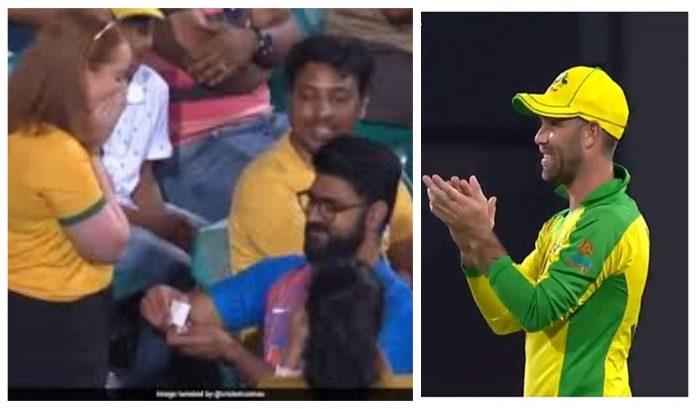 Glenn Maxwell, the Aussie batsman witnessed a memorable moment while playing in the 2nd ODI against India at Sydney Cricket Ground on Sunday. During the match, a couple in the crowd got engaged and the Aussi talisman approved the incident. 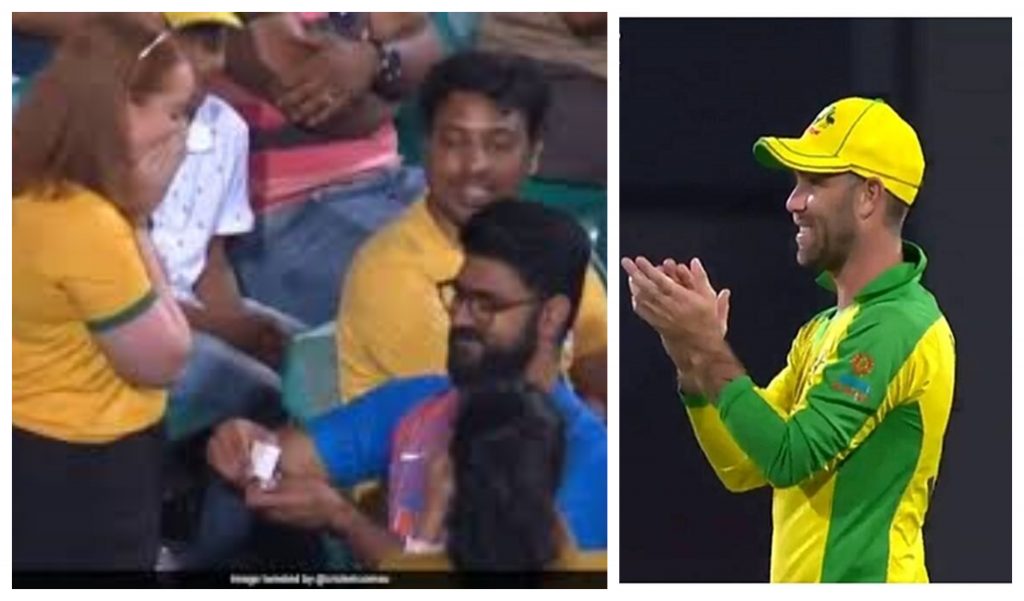 Glenn Maxwell applauds a couple on their engagement

During India’s batting innings, when batsmen at the crease, skipper Virat Kohli and Shreyas Iyer were building up a partnership, a couple were witnessed in the crowd.

A man who was seemingly an Indian chose the Sydney Cricket Ground to be a memorable venue and probably cherished the most important moment of his life. He got down on one knee and proposed to his girlfriend for marriage.

After the girl approved the proposal, the crowd and the commentators, Adam Gilchrist and Shane Warne joined in the fun as they cheered up.

The big screen showed, “She said Yes!” and Gilchrist burst out in laughter. Then Glenn Maxwell was seen applauding from the field in delight.

Was this the riskiest play of the night? 💍

Maxwell himself is also engaged to a girl of Indian origin. He had taken to his social media account previously and made the announcement of his engagement with his girlfriend, Vini Raman.

Regarding the match, Steve Smith came up with another great knock as he was able to pull off an outstanding batting performance in the second ODI. He scored a brilliant ton once again.