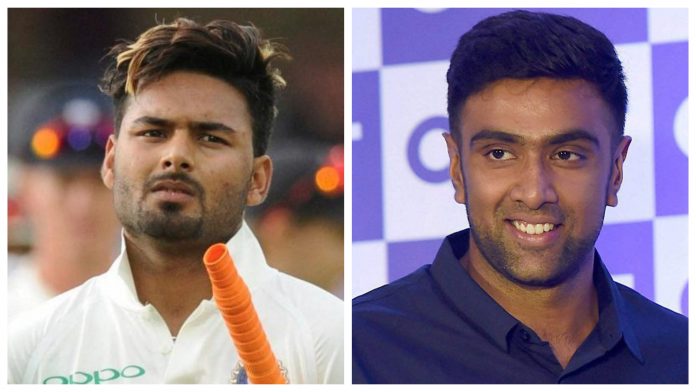 Team India got a positive start in the second Test against England in Chennai where in the first innings they managed to put up more than 300 runs on the board in their first innings, courtesy – Rohit Sharma’s stunning century and the fifties from Ajinkya Rahane and Rishabh Pant.

However, Pant has been in a prolific form – be it with his keeping gloves or with the bat. However, his teammate Ravichandran Ashwin suggested on Sunday that he needs a break from all the comparisons and let him concentrate on his job. “He was constantly compared with the great M S Dhoni for a long time. Now he gets compared for his wicket-keeping with (Wriddhiman) Saha, this that and all that, sometimes it’s just better to give a break and let people build on confidence,” Ashwin said.

He also said that the youngster has been working hard on his keeping as well. And, he also believed these comparisons don’t have a good impact on the youngster. He also shared that Pant has the potential to do well.

“And sometimes, when you are constantly being compared to someone who has done well for years, it can be really hard, I really do feel for Rishabh, on a lot occasions, when I am watching games from home where he is playing the white-ball format. He has definitely got the ability, that is why he is here and I have no doubt he will go from strength to strength,” he further added.

It is also noteworthy that, Pant played an important role in India’s historic series win in Australia last month. Rishabh Pant scored 97 against Australia in Sydney, he again smashed an unbeaten 89* at the Gabba and helped India’s three-wicket win in Brisbane as well. In the first Test against England in Chennai, Pant scored 91 as well.

However, a win is needed for Team India to keep the hope alive for the selection in the final of the World Test Championship (WTC) in June. While New Zealand have already qualified for the final, India too will try hard to win the ongoing Test as well.