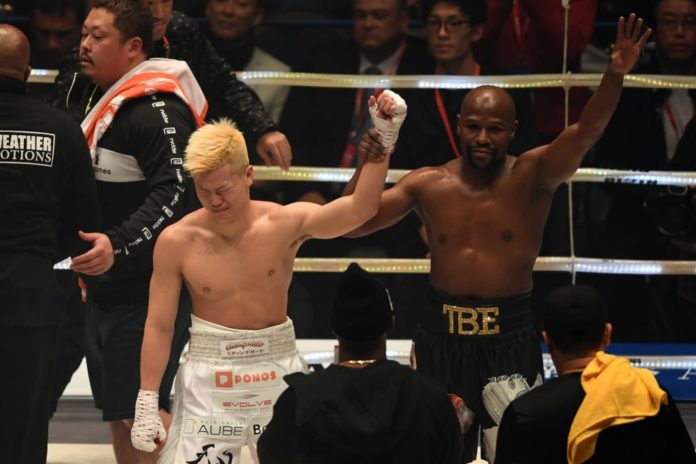 Floyd started the fight just tossing his arms in the air and then Nasukawa threw a left hand that kind of clipped him. Floyd then just destroyed him. Walked through his punches and just knocked him down repeatedly until Nasukawa’s corner saw enough to throw in the towel. 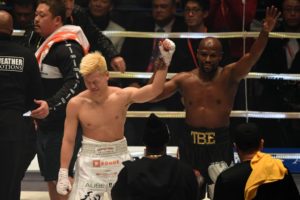 After getting embarrassed by Floyd Mayweather in the first round, Japanese Kickboxing phenom Tenshin Nasukawa has no regret over taking the Mayweather fight.

“I have worked hard with a big dream in the combat world. Karate, Kickboxing, MMA and Boxing. When I first got the offer I took it in a flash. I thought this was an opportunity of a lifetime, and although there were significant differences in accomplishments and weight classes, I felt that I must not run and take on the challenge,” Nasukawa stated.

He also said that this defeat will help him improve moving forward and will continue to take on any challenge.

“The days since the fight was confirmed have been enjoyable but with concerns, and I spent the time thinking about many things. At the end of the day, I got finished, but I have no regrets. I am disappointed at myself since I thought I could have done better. But I will face the facts and will continue to take on any challenge. I learned that I didn’t work hard enough to earn this opportunity, and I will use this defeat to improve myself and move forward this year.

Nasukawa then went on to thank Floyd Mayweather and said that the American star is indeed truly great.

“Despite all the things that happened leading up to the fight, I came to realize how truly great Mayweather was. I was the one underestimating him. I promise to make it to that level! It may take some time for me to become the man to haul the industry on my shoulders, but please continue to support me! Everybody who work to make this fight happen, thank you very much. Mr Mayweather, thank you very much.”