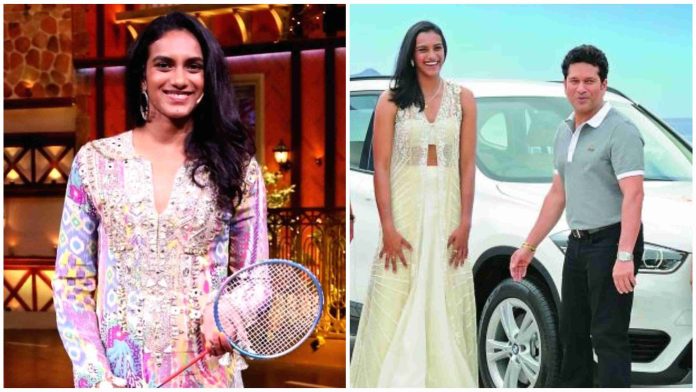 Indian badminton ace PV Sindhu has made numerous achievements on the international level and has made the country proud in numerous occassions. The two time Olympics gold medallist won hearts after clinching a silver at the 2016 Rio Games and recalls the special occassion when she was presented a BMW car by none other than cricket legend Sachin Tendulkar.

Sindhu, who is coming off a gold medal finish at the 2022 Commonwealth Games in Birmingham last month, recently appeared on The Kapil Sharma Show, where she recalled getting a car as a gift from the Master Blaster for her marvellous feat in Rio six years back.

“He (Tendulkar) called and congratulated me,” said Sindhu, “Last time I remember when I participated in Commonwealth Games, 2014 for the first time, he told me that if I get a medal in the Rio 2016 Olympics then he will come and give me a car again. So after getting the medal, he ensured he came and presented me with the car, and I am really thankful to him as this gesture really made me happy.”

“It’s very kind of him because along with him many people contributed to it,” Sindhu went on, “He supported a lot of sports people, and this kind of support needs to be there for sports personalities so that it’s like a motivation for them to go much further and do well. These kinds of awards and rewards will give a lot more confidence to all sportspersons. I really like cars and I’m very thankful to him that he gave me a car.”

Sindhu, who won a women’s singles silver and a mixed team gold at the 2018 CWG, altered the categories when she finished the 2022 CWG with a gold in women’s singles this time and a silver in the mixed team event. She recalled playing through injuries in the quarter-finals in Birmingham but had her focus on the gold.

“Yes, during the quarter-finals there was a little pain. The pain was happening in between the match and I was like I have to complete this match. So after the match, my physio team and my trainer were also there so I told them I don’t know what happened but it’s a lot. My heart and mind were focused on winning the medal. So, during the semi-final and final, I was only thinking that I have to give my best and I gave my hundred per cent and won the gold,” added Sindhu.