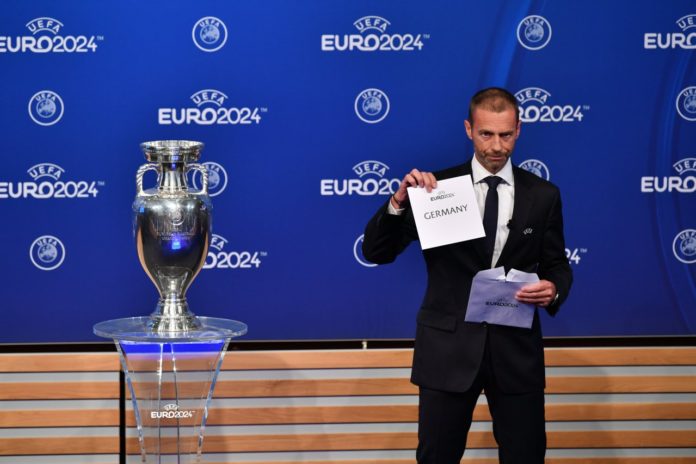 UEFA’s 2024 host announcement event in Nyon confirmed that it will be Germany to host the 17th edition of UEFA European Championships. Germany beat Turkey’s stubborn bid to be home to another major international footballing event 18 years after the World Cup 2006. 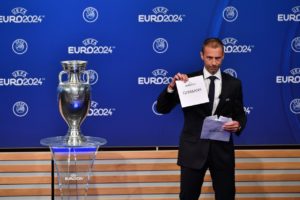 Berlin’s Olympic Stadium will host the final of the 24-team tournament, with 51 games scheduled for up to 32 days in June and July. The nine other cities that will be used for games are Cologne, Dortmund, Düsseldorf, Frankfurt, Gelsenkirchen, Hamburg, Leipzig, Munich and Stuttgart.

Turkey failed to secure yet another bid in the UEFA bidding race , raising their tally of four failed bids in last five bidding races. UEFA executive committee were inclined to vote for Germany given its high quality infrastructure and steadfast rate of development. Turkey’s bid failed to secure votes among UEFA executives due to the need to upgrade airports, railways, roads and stadiums. The Turkish economy is not sturdy at the moment and their human and civil rights record was flagged up by the UEFA evaluation report.

Fans can keep their aspirations up for another glamorous event under the same stars where Lionel Messi scored his first World Cup goal, Zidane bowed out of football with a red card in the World Cup final, the battle of Nuremberg took place and Marcelo Lippi lit up his victory cigar after guiding Italy to the World Cup trophy in Olympic Stadium.

All the key information as Germany are selected as UEFA #EURO2024 hosts 🇩🇪 👇 https://t.co/Wi4Hfvt0L6