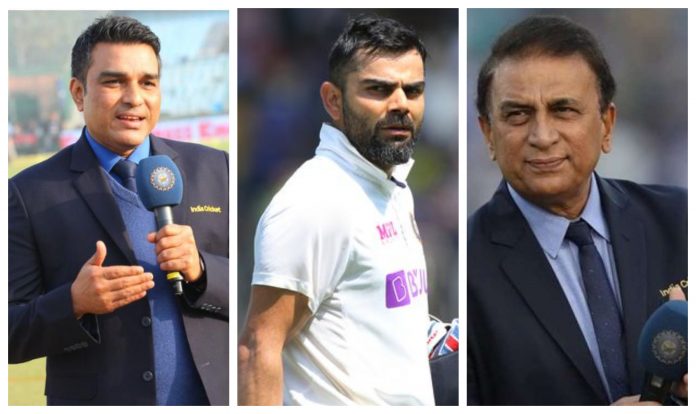 Team India have been in a stable position after the captain Virat Kohli scored a stable fifty alongside R Ashwin, who turned the table with a solid hundred on Day 3 of the second Test against Chennai on Monday. However, Kohli brought up his 25th Test half-century – the second of the series on that surface where other Indian batsmen struggled to get going.

Kohli added nearly 100 runs alongside R Ashwin, which helped them take a huge lead of over 400. Meanwhile, Kohli’s technique helped him tackle the spinners like Jack Leach, Moeen Ali and other spinners and his knock impressed everyone, including the former India batsmen Sanjay Manjrekar and Sunil Gavaskar as well.

“And if the ball is slightly short, where he feels he can’t get on to the front foot and get it under hit bat, he rocks back and plays off the backfoot. So he’s one of the few modern-day batsman who can play the pull shot against spinners on a turning pitch,” he again shared.

On the other hand, former India captain Sunil Gavaskar praised Kohli for batting with intent. His knock became important after the dismissals of Rohit Sharma, Cheteshwar Pujara, Rishabh Pant and Ajinkya Rahane as he calmly batted along with Ashwin. He also said that Virat Kohli would never miss out on any opportunities of scoring and also referred to it as “classy batting”.

“He played with a positive intent and when your team has got that belief then you come into bat despite the fact that you might not have scored runs in the first innings. But look at his intent. He is either going right forward or right back. When he comes forward, he is smothering the ball, and when he’s going back, he is giving himself time to see what the ball is doing,” Gavaskar said on Star Sports.