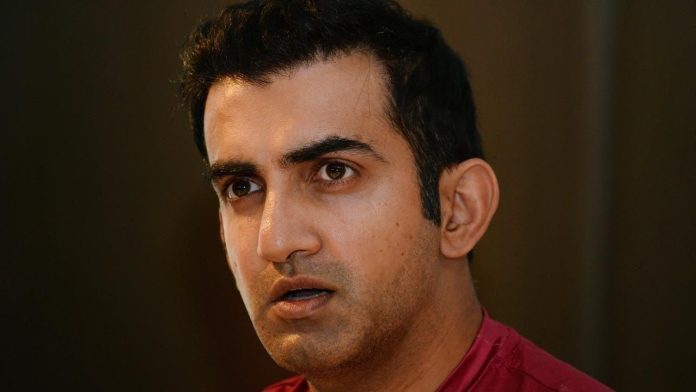 The former Indian opener and MP from East Delhi Gautam Gambhir recently revealed on Tuesday morning that he has tested positive for COVID-19. He also disclosed that he has noted mild symptoms. He further urged everyone to get themselves tested who were in contact with Gambhir.

Gautam Gambhir took to his Twitter account and revealed the news. “After experiencing mild symptoms, I tested positive for Covid today. Requesting everyone who came into my contact to get themselves tested,” the cricketer-turned-politician tweeted.

After experiencing mild symptoms, I tested positive for COVID today. Requesting everyone who came into my contact to get themselves tested. #StaySafe

Gambhir also recently blasted the 27-year-old Venkatesh Iyer and questioned his place in the ODI squad. He believes that Iyer shouldn’t be considered for the 50-over format anymore and can be considered for selection only in T20Is.

Speaking to Star Sports after the third ODI, Gambhir opined that Iyer lacks the maturity a player needs for ODI cricket and should be considered only for T20I cricket, provided he opens in that format.

Iyer was considered to be replacement of all-rounder Hardik Pandya. He batted at No.3 and 6 in the T20I contest, scoring 36 runs off 28 balls, but was asked to bowl in only one innings, where he finished with 1/12 in three overs.

In the ODI format, he played a couple of matches, tallying 24 runs in 40 deliveries and also bowled in only the second game, finishing with 0/28 in five overs. He was dropped for the final clash, leaving his selection in the squad baffling with many questioning his role in India’s preparatory plan for 2023 ODI World Cup. We will have to see what future holds for Iyer.