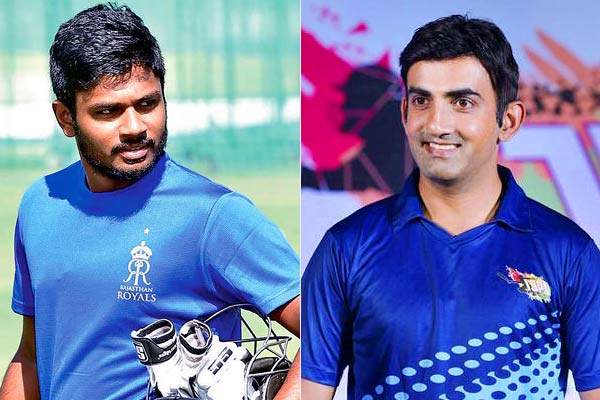 Kerala wicketkeeper Sanju Samson has been selected for the upcoming three-match T20I series against Bangladesh and former Indian opener Gautam Gambhir is pleased with the board’s decision. The hard-hitting right hander has proved his talent in domestic circuit  over the years but was overlooked by the selectors on numerous occasions. With the T20 World Cup looming next year, and that Rishabh Pant is yet to seal his place in the starting line-up, the team management along with the selectors have decided to give this youngster a chance to shine.

Gambhir, on the other hand, has been vouching for Samson’s talent and his inclusion in the national squad for quite a long time. Hence, after Thursday’s squad announcement Gauti, couldn’t hide his joy; congratulating both the player and the board through social media.

“This is well and truly through the gap by Sanju Samson!!! Congratulations on being picked in the T20I squad. Soft hands, nimble feet and hopefully a sane head…go Sanju grab your moment, long overdue,” he tweeted.

This is well & truly through the gap by @IamSanjuSamson!!! Congratulations on being picked in the T20 squad. Soft hands, nimble feet and hopefully a sane head…go Sanju grab ur moment, long overdue. @BCCI

The 24-year-old is enjoying a sublime form at the moment and the selectors couldn’t help but include him in the team this time, after his brilliant double century against Goa in the Vijay Hazare Trophy.

Samson made his debut for India in a T20I game against Zimbabwe back in 2015 and managed to score 19 runs in that match. The Men in Blue however, lost the tie by 10 runs, and he was never picked again, until now.