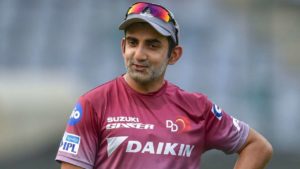 Gautam Gambhir has joined BJP after retiring from cricket. Now he is also a MP and certainly his views are getting affected with this position. BCCI scheduled the match at Arun Jaitley Stadium knowing the environmental pollution level in Delhi in this time of the year. According to Gautam Gambhir, BCCI should have thought of an alternative venue for this game where the players would feel comfortable to play.

The practice sessions of both the sides might be cancelled ahead of the match due to this condition. According to the former Indian cricketer, the state Government of Delhi should be more active in reducing the pollution level in Delhi. The central Government has always been very much serious about this. However, the pollution rate in this year is less than the previous years and Gambhir has thanked people of Delhi for this.