One of the key battles that the entire cricketing fraternity is waiting for is the battle between India’s top order and Shaheen Afridi. The last time these two encountered, Afridi had steamrolled the top order, which led to India’s first World Cup defeat against Pakistan. Former World Cup winner Gautam Gambhir has now given a piece of advice to the top order in tackling the threat of Shaheen Afridi. Shaheen Afridi has been on the path to recovery since sustaining a knee injury during the tour to Sri Lanka. Now he is slated to return to the squad for the World Cup and will face India upon his comeback.

Pakistan has benefited from Shaheen Afridi’s return after an extended absence owing to injury followed by his recovery, while India has been hurt by injuries to key players. The left-arm speedster has typically been quite a challenge for the Indian top order. While his match readiness will be evaluated in the coming days, if he gets match-ready in time for the India game, he might be a formidable opponent. 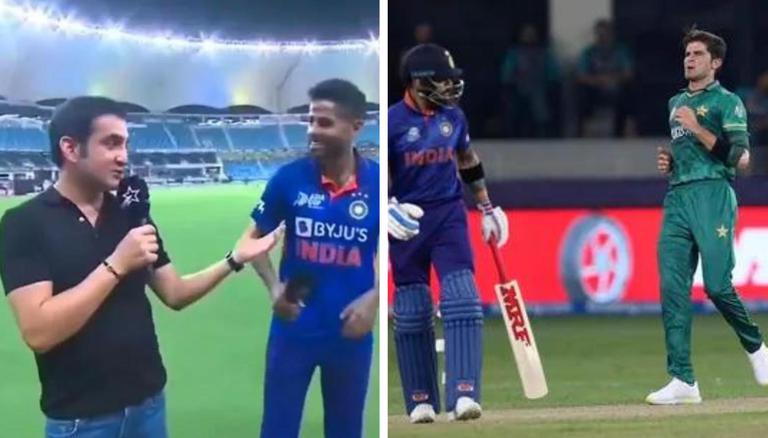 Former India cricketer Gautam Gambhir had some advice for the Indian batters and said that they should try and contain Shaheen Afridi. He suggested that the batters should not fear him for his skills, and instead face him with sheer confidence and hit him for the big runs because that is what will put their strategies in place and help them tackle the pacer.

Shaheen Afridi last played against India in the T20 World Cup 2021 fixture, where he wreaked havoc and emerged as a force to reckon with. The Indian openers- Rohit Sharma and KL Rahul were left stunned when Afridi dismissed the two early in the powerplay. It took him time to pick up his third wicket of the game, but when he did, he caught the big fish in the form of Virat Kohli.

“I know that he can be dangerous with the new ball, but again, irrespective, the Indian batters need to score more runs, get into better positions, and look to time the balls rather than to hit it. India will be fine because India has got the quality in their top 3 or 4 who can definitely take on Shaheen Shah Afridi,” Gambhir added.