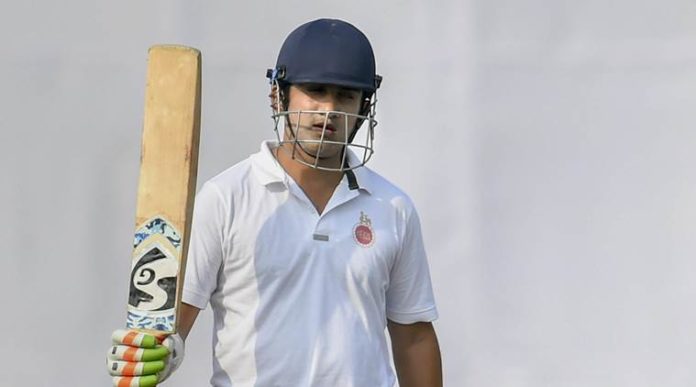 Gautam Gambhir signed off his cricketing career in style as he scored his 43rd first class century vs Andhra in the Ranji Trophy for Delhi at the Feroz Shah Kotla. 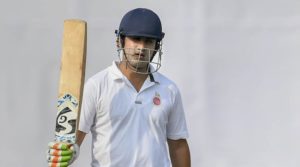 But Gambhir’s final century celebration was a short one as the Delhi opener quickly acknowledged his fans and got back to is innings, in order to make his final knock a huge one.

Gambhir, who was continuing from his overnight score of 92 faced no pressure in reaching the three figure mark as he brought it up with a double. The 38 year old was once again greeted by a bunch of fans in the New Pavilion, who cheered him with banners that read ‘Thank You Gauti’.

Gambhir couldn’t carry on much after reaching his century as he was soon removed for 112 by the bowling of Shoaib Khan. Throughout his innings he was being troubled by Andhra’s left-arm spinner Manish Golamaru and even got a second chance after being dropped on 105.

In the end, Gambhir could bid adieu to his cricketing career in a fitting manner. The veteran announced his retirement on Tuesday after 15 years of international cricket for India.