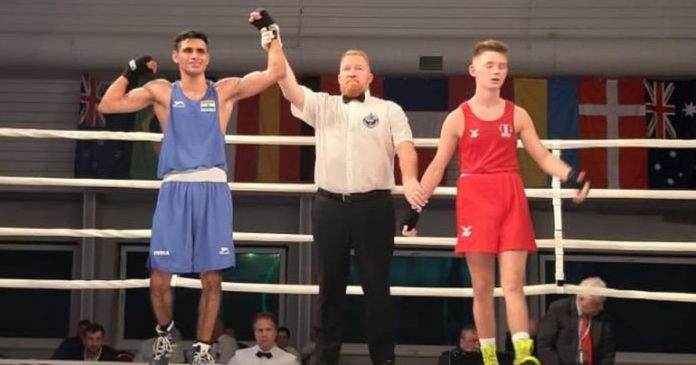 Gaurav Solanki and Manish Kaushik punched their way to gold as India ended their Poland sojourn with six medals at the XXXVI Feliks Stamm International Boxing tournament. Apart from the two gold medals, the Indian pugilists clinched a silver medal and three bronze medals in their road to World Championships.

Commonwealth Games gold medallist Solanki steamrolled through England’s William Cawley in the 52kg category to clinch the tie 5-0. The 23-year-old Kaushik, too, bagged the yellow metal with ease Morocco’s Mohamed Hamout was no match to him.

Despite producing a strong show against Russia’s Muhammad Shekhov, Mohammed Hussamuddin had to settle for silver in the bantamweight category.

In the 69kg and 91kg weight categories, Mandeep Jangra and Sanjeet respectively proved to be of no match as Russia’s Vadim Musaev and New Zealand’s David Nyika obliterated them 5-0 in the semi-finals.

In the 64kg event, Ankit Khatana gave a tough fight to Damian Durkacz but the judges awarded the bout to the Polish boxer 3-2 in the other semifinal.

Overall, it was a great outing by the Indian boxers as they got to know the weaknesses of other pugilists whom they might face in the World Championships later this year. The fifteen-day tournament will commence from September 7 in Yekaterinburg in Russia, with India anything more than a solo bronze which they won in the edition of the tournament.