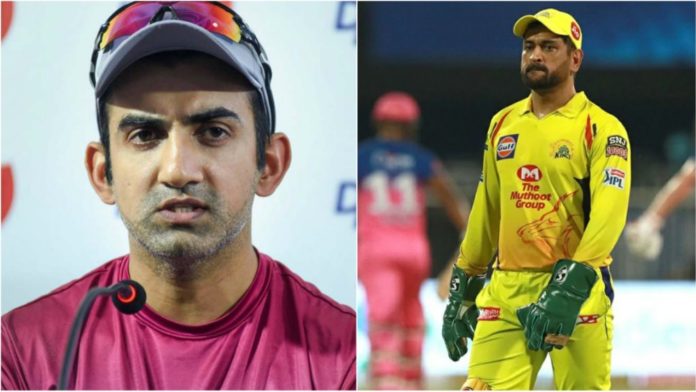 Former India player Gautam Gambhir slammed Chennai Super Kings captain, MS Dhoni, after seeing him bat lower down the order while chasing a huge 217-run target against Rajasthan Royals. With CSK were struggling at 77/3 in the ninth over, the time was good for Dhoni to lead from the front and do the finisher’s job but instead, Sam Curran, Ruturaj Gaikwad and Kedar Jadhav came to bat before him at No. 4, 5 and 6 respectively while Dhoni came at No. 7. 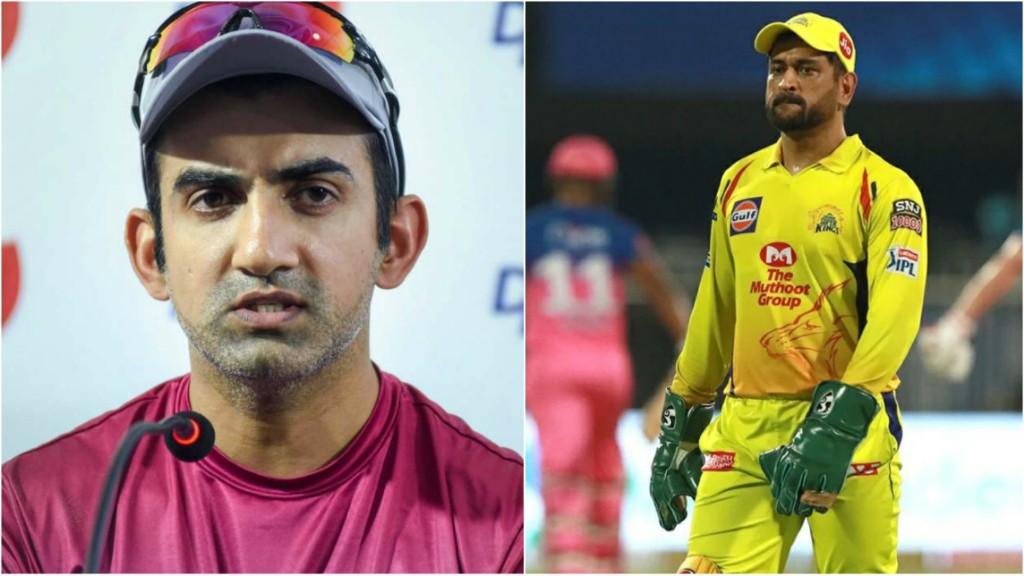 However, Gautam Gambhir, the former Kolkata Knight Riders captain, who successfully captained the franchise to two IPL titles, felt that MS Dhoni could have come earlier in the chase.

“I was a bit surprised to be honest,” Gambhir said on ESPNcricinfo’s T20 Time Out. “MS Dhoni batting at No. 7? And sending [Ruturaj] Gaikwad before him, Sam Curran before him. Makes no sense to me. In fact, you should be leading from the front. And this is not what you call leading from the front. Batting at No. 7 when you’re chasing what… 213 [217]? The game was over. Faf was probably the lone warrior.”

For CSK, Faf du Plessis smashed 72 runs off 37 balls which also included seven sixes. However, his effort went in vain as others failed to support him much. MS Dhoni later joined him and remain unbeaten on 29 off 17, including three consecutive sixes off Tom Curran in the final over of the match, their efforts were not enough to seal the deal at the end.

However, MS Dhoni explained the reason to bat lower down the order, citing that he wanted to give other players a chance as he has been playing after more than a year but Gambhir had a different thought as well.

“Yes, you can talk about MS Dhoni’s last over [when he hit three sixes], but it was of no use to be honest. They were all just personal runs. There is nothing wrong if you end up getting out early, at least start leading from the front, trying to inspire the team as well,” Gambhir added.