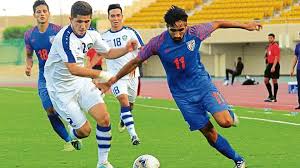 With an aim to empower marginalized sections of the society via sports, Sony Pictures Networks India (SPN), under the aegis of its CSR theme ‘Ek India Happywala’ sponsored the fourth consecutive edition of ‘SPN National Inclusion Cup 2020’ in association with the FIFA awarded charitable organization ‘Slum Soccer’. The only national football tournament of its kind for underprivileged youth was kicked off today at the Miramar Beach, Goa where matches will be played from 28th February to 3rd March 2020.

This year, the annual championship tournament will be spread over five days and will see the participation of young athletes from across India. Youth from different states of India like Assam, Sikkim, Meghalaya, Arunachal Pradesh, Jammu Kashmir, Uttarakhand, Madhya Pradesh, Kerala, Haryana, Uttar Pradesh, West Bengal, Delhi, Gujarat, and Maharashtra will be participating in the unique tournament.

SPN firmly believes that the youth are the torchbearers for a better future of the country. Sport is a perfect medium that transcends race, religion, language and gender while simultaneously providing an equal platform and chance to further their dreams via fair representation of their skills at national and international levels. Out of 52 teams and 520 participants, the best performing 16 players, eight men and 8 women will be selected to represent Team India to compete against 63 nations at the 18th edition of ‘The Homeless World Cup 2020’ in Finland in June 2020.