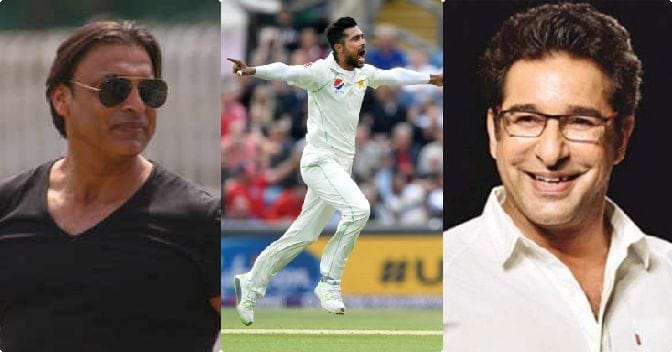 On friday, Pakistan fast bowler Mohammad Amir announced a shock retirement from Test Cricket at the age of 27 citing the reason of regular injuries and workload of international cricket. Former Pakistan players and the greats of the game- Wasim Akram and Shoaib Akhtar have labelled Amir’s decision to retire from the longest form of the game as  ‘bit surprising’. 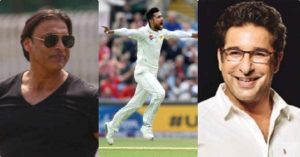 The former Pakistan fast bowler and captain Wasim Akram tweeted “To me Mohammad Amir retiring from Test cricket is a bit surprising because you peak at 27-28 and Test cricket is where you are judged against the best, it’s the ultimate format”.

To me Mohammad Amir retiring from Test cricket is a bit surprising because you peak at 27-28 and Test cricket is where you are judged against the best, it’s the ultimate format. Pakistan will need him in two Tests in Australia and then three in England.

Amir announced his retirement from the format after he has played 36 Tests in his career where he was banned from the game for spot-fixing. The former Pakistani fast bowler Shoaib Akhtar said in his video that it was Amir’s time to payback to Pakistan Cricket, and at 27 , he would have loved to play the format as it could prepare him to play against the bests.

Waqar Younis in a cryptic tweet wished the 27-year old good luck for his future in white ball cricket.

All the best with your white ball cricket @iamamirofficial

Amir in the video said that it was an honour to play Test Cricket and said it was a dream come true for the 27-year-old to play the longest format of the game.He thanked God for giving him all the opportunities and also acknowledged his five-year time off the field which he said was difficult and helped him return as a good player.