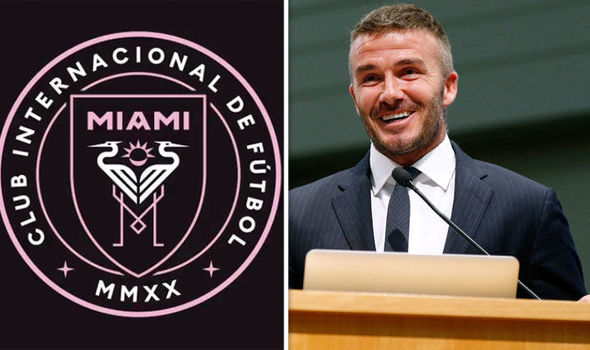 David Beckham’s brainchild football club Inter Miami is set to grace the MLS very soon in 2020. Miami always lacked a native football club and David Beckham who now knows the MLS dynamic inside out after playing for LA Galaxy for almost 5 years between 2007-2012 , which were MLS’s true budding years.

MLS is now the go-to league on the globe for established player’s who’re past their prime. Not to forget, the insane revenue that it brings. MLS is a commercial success as a whole and the Manchester United legend isn;t missing the chance to jump onto the bandwagon.

Another former United associate – David Moyes has spoken recently on his keen interest to link up with Becks as his club’s manager.

“I watch the MLS quite a bit and it is getting better. I don’t know how many people have seen Atlanta. The soccer team are getting more support than the NFL team.” said DaVID Moyes to TalkSport.

“We talk about Tottenham’s stadium and that is incredible but wait until you see Atlanta’s stadium, it is unbelievable. So MLS is growing and Miami is a great city. It is something which I would consider as an option.

“Miami has got a bit of magic about it. Atlanta’s training centre is as good as anything in the Premier League and I know Miami are trying to do the same over there. The MLS is an exciting league.”

Moyes, who has been out of management since leaving West Ham in May 2018, added: “My preference would be to be back in the Premier League but if the opportunity came around, I would have to look at it.

“I do know David from our time at Preston so there is a bit of history but we will have to wait and see.”