Get the best cricket odds at 10Cric bet on all major cricket events directly on your phone! Signup today and get up to 100% in deposit bonus
Home Football The end of an era: Former Indian football captain Carlton Chapman passes...

In a shocker, former Indian captain Carlton Chapman has met an untimely demise at the age of 49 owing to a heart attack at his Bengaluru residence.

Chapman was at the core of Indian football’s lethal trio that comprised of the like of Baichung Bhutia, I.M Vijayan, and him. The former stalwart was an integral part of the blues from 1995-2001 and even captained the side before announcing his retirement in 2002.

The entire footballing fraternity has come forward to pay their condolences to this footballing giant of the yesteryears.

A look back at Chapman’s heroics-

A product of the Tata Football Academy in the early 1990s, Chapman joined East Bengal in 1993 and scored a hat-trick in his team’s 6-2 win against Iraq club Al Zawra in a first-round match at the Asian Cup Winners Cup that year.

However, that was merely a glimpse of the magic that was to follow.

During his spell at JCT Mills, the team won 14 tournaments, with a team that had I. M. Vijayan and Baichung Bhutia, both of whom are regarded as India’s all-time greats. It was at this time that Chapman was at the peak of his powers and formed the most lethal of attacking combos with the other two greats.

After one season with FC Kochin in 1997–98, Chapman returned to his former club East Bengal in 1998, leading them to a memorable one-point win over arch-rivals Mohun Began.

On the national front too the creative midfielder brought laurels for himself and the nation, leading India to a SAFF Cup victory in 1997.

After a successful professional career lasting more than a decade,  Chapman hung his boots in 2002 before venturing into the field of coaching.

His managerial endeavours included the likes of Tata Football Academy as well as the Indian U-19 team.

A smile that won over millions-

Former teammates and colleagues have come forward to state their condolences as well as share their memories with the great.

I am in utter shock to hear the news of the sudden demise of the eminent footballer and former captain of the Indian National Football team #carltonchapman
May his soul rest in peace. Condolences to the bereaved family. pic.twitter.com/9UXml2SIfq

I am deeply saddened by the news of former #India captain #CarltonChapman passing. My thoughts and prayers are with his family and friends. May his soul rest in peace! 🕊️https://t.co/uutb7fZ4aU @IndianFootball @BluePilgrims

Carlton Chapman represented how sports should always be played as.

With a smile on your face

with grit in your mind. 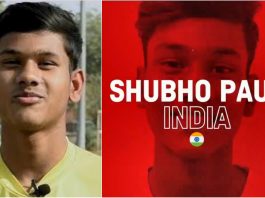 Youngster Shubho Paul has been selected for Bayern Munich U-19 World... 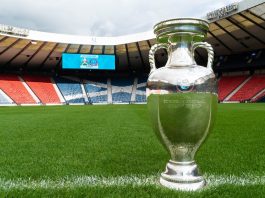 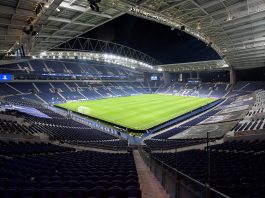