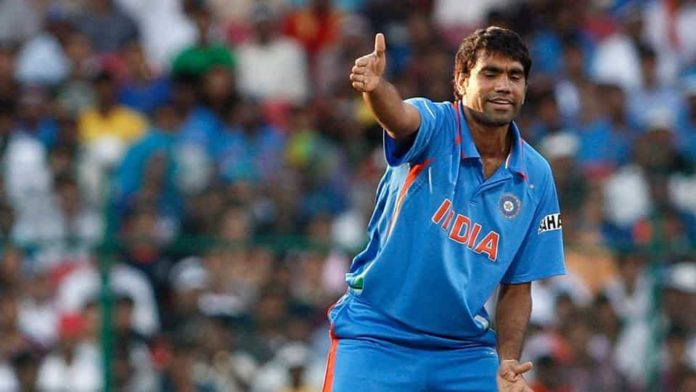 2011 World Cup winning senior Indian pacer Munaf Patel announced his retirement from all forms of the game on Friday. Munaf Patel said that he had no motivation left in him and wanted to give a chance to the younsters.

“There is no regret; after all the cricketers I played with have retired. Only Dhoni is left! Baki sab done ho chuke hain. So, there is no sadness as such. Sabka time khatam ho chuka hain, ghum hota jab saare khel rahe hote aur mein retire kar raha hota (everyone’s time is up; there will be sadness only if others are playing and only I had quit!),” Munaf told in an interview.

The 35-year-old Munaf Patel said that winning the 50-over World Cup for India in 2011 was the most valuable earning for him.

“There is no special reason, age ho chuka hai, fitness is not the same. Youngsters are there waiting for chances and it doesn’t look nice if I keep hanging on. The main thing is there is no motivation left. I was part of World Cup winning team in 2011; there can’t be a greater high than that.”

Born in Ikhar in Gujarat, Munaf represented Mumbai, Maharashtra, Baroda and Gujarat in domestic cricket. In IPL, he has played for Mumbai Indians, Rajasthan Royals and Gujarat Lions.

“If it wasn’t for cricket, I would have been a worker, a labourer, in some company in Africa. Most Gujaratis from this region go there. Probably, I would have been cleaning and arranging tiles. I never thought I would go on playing cricket for so long,” Munaf said.

Munaf will be playing in the upcoming T10 league in Dubai, and says that he would like to remain with the game as a coach.