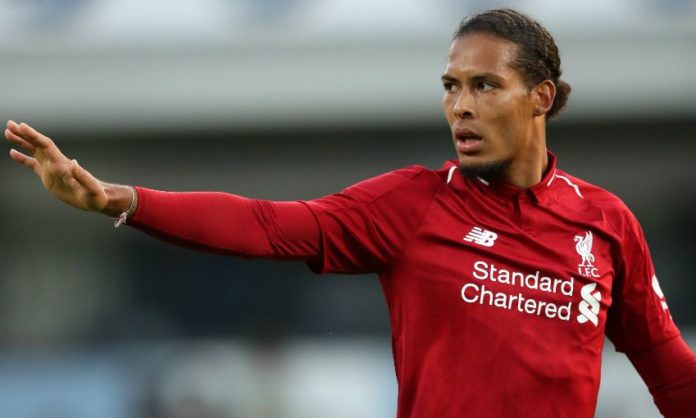 The Dutch defender says that the lads at Liverpool are focussed on winning silverware for the first time in over 6 years.

“With the players we have and we had already last season we can compete in every competition,” Van Dijk told Sky Sports News.

“Hopefully we are going to do something special this year. I don’t like to look too far ahead – we just need to do the talking on the pitch and make sure we perform well.

“Everyone in the squad wants to win something. We know it is going to be a very hard season.”

Jurgen Klopp has signed Naby Keita, Fabinho, Xherdan Shaqiri and Alisson Becker as the club invested over 170 million pounds in strengthening the squad during the summer transfer window.

Van Dijk is also excited by the fact that Allison Becker is expected to become Liverpool’s new No. 1 goalkeeper after getting signed at a world record fee of 67 million pounds.

“He is a quality keeper – that is for sure,” Van Dijk said. “We will see how he is going to fit in but he looks like a very good goalkeeper.

“He conceded a couple of goals against us [in the Champions League] but it can happen against us!”