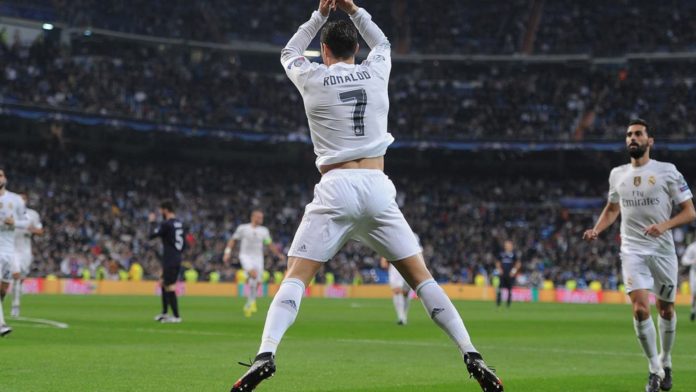 One of the G.O.A.Ts, Cristiano Ronaldo has joined Juventus at a deal worth 112m euros (£99.2m). He has also become one of the four most expensive players of all time. He has signed a deal of 4 years.

Since leaving Manchester United in 2009, he has played his last 9 years at Real Madrid winning 4 UCLs. He will rejoin his ex-teammates, Sami Khedira and Gonzalo Higuain.

Juventus are set to play Real Madrid in a pre-season International Champions Cup tournament in the United States, with the match taking place at FedEx Field in Washington on Saturday, 4 August.

Most of his fans had thought he would eventually end his career at Madrid but that’s not happening and eventually, Twitter has gone crazy for him. All of the major newspapers, media houses have posted about it.

That’s a grand way to announce a player.

Crucial for the trophies we won in the past years! A true champion. It was a pleasure playing with you! All the best, legend. @Cristiano pic.twitter.com/1C5x2ARSBT

The Leo Messi vs. Cristiano Ronaldo era in La Liga is over.

They scored 640 goals between them in nine seasons. pic.twitter.com/9K5SqbLUW6

I'm not even a Real Madrid fan and this video of Cristiano Ronaldo's best memories at Real Madrid gave me goosebumps. Appreciate greatness. pic.twitter.com/UoqdcXU2Ch

Benvenuto a Torino, Cristiano 🏴🏳 We had a great time together in Madrid, I can‘t wait to get back to work with you! Today is a special day for @juventusfc! 💪🏽 #FinoAllaFine #ForzaJuve #SK6 @cristiano pic.twitter.com/iU4ULPeHmg

We've analysed if at 33 years old, he's worth the £99m Juventus have paid 👉 https://t.co/sCs5brfoiA pic.twitter.com/PLMo7lBtx7

We all know what Juventus will be getting with Cristiano Ronaldo, but here are some numbers that will excite his new set of supporters 🔥 pic.twitter.com/gQs7fwUVNU

Real Madrid's tribute to @Cristiano Ronaldo will give you chills! 😳#GraciasCristianopic.twitter.com/rYMW4S2fPr

A question worth thinking about!

It's a moment of history for Juventus and their fans couldn't be happier!

Here's how they reacted to the signing of Cristiano Ronaldo ⚫⚪ pic.twitter.com/kGfRCZv7fL

Cristiano Ronaldo's decision to end a nine-year Real Madrid stay to sign for Juventus is the right move, according to Pele.

Follow the thread to see what he wrote. pic.twitter.com/GcZzPDiTgq

All being normal, Cristiano Ronaldo will, I think, become the first player ever to win the title in 🇮🇹 , 🇪🇸 and 🏴󠁧󠁢󠁥󠁮󠁧󠁿 .

A deal that works for him, for Juve, for Serie A, and probably for Real, too. It was time for everyone to move on. https://t.co/LS7u8iJ5wg

And one for the migrating Ronaldo fanboys.

How Cristiano Ronaldo fans can update their shirts ⚫️⚪️⚫️⚪️ pic.twitter.com/9rL8TamxOv

Cristiano Ronaldo in 2016 🗣️
"The numbers speak for themselves."

How many goals for Juve next season? pic.twitter.com/WCU0evSQjb

FIFA World Cup 2018: Blue is still the warmest color as Reds crash out in the Semis of the World Cup