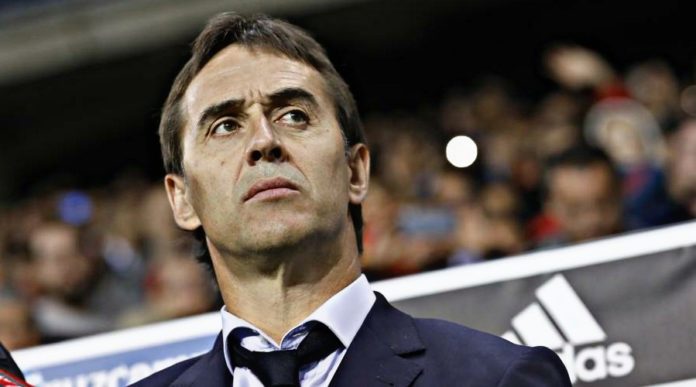 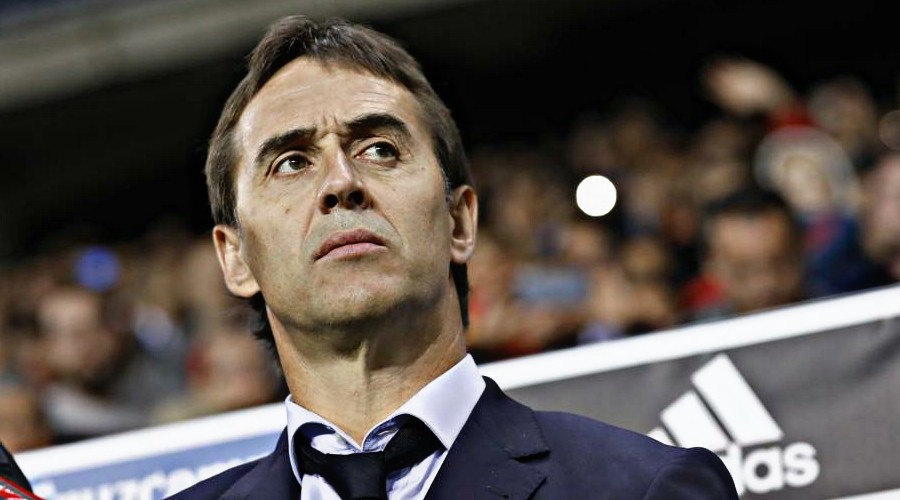 Former Barcelona and Real Madrid Star Julen Lopetegui has been named the new Los Blancos boss just months after committing his future to the Red Fury.

The 51-year-old manager, who has been in charge of the national team for the past two years, has agreed a three-year contract at the Santiago Bernabeu. However his inclusion comes as a surprise as he didn’t feature among the list of managers linked with the vacant role of Los Blancos manager after Zinedine Zidane left Bernabeu just days after becoming the first coach to win the Champions League in three consecutive seasons.

Official Announcement: Julen Lopetegui will be the #RealMadrid coach after the celebration of the 2018 World Cup.https://t.co/QcDiu6UjHV pic.twitter.com/iA1PnUdrtT

The timing of the announcement was unexpected, given that Spain kicks off their World Cup campaign on Friday when they take on Portugal in bid to secure their places in the knockout stages of the competition.

The Spaniard has played for Los Blancos between 1988 and 1991 as a goalkeeper, making one domestic league appearance. Lopetegui, 51, has also featured for Real Madrid’s arch rivals Barcelona a handful of times before moving to Rayo Vallecano in 1997. He has also coached Los Blancos’ B team, Castilla, in 2008-09 before joining the national setup in 2010 as La Roja’s Under -19 coach.

Lopetegui has been great with the national side but it is has been a disaster with clubs throughout his managing career. Lopetegui experienced the lowest point of his managerial career when he was sacked by Porto in January 2016 after a trophy-less 18 months at the Estadio do Dragao.

Anyways following the conclusion of the World Cup in Russia, which La Roja are considered one of the favourites to win, Lopetegui will take up his new role at the Santiago Bernabeu. However it remains to be seen if he will head to Madrid as a World Cup winner, though Spain’s squad is stocked with an exciting mixture of talent and hardwork.

Here are some of the tweets which sums up Lopetegui’s appointment as Los Blancos Boss:

Julen Lopetegui will become Real Madrid manager after the #WorldCup

• managed U19, U20, U21 and senior Spain sides
• has never lost a game as Spain manager
• former Real Madrid Castilla manager and player

The biggest of boots to fill… 🏆🏆🏆 pic.twitter.com/SGCImIuVVM

Spain have scored in 20 consecutive games under Julen Lopetegui, equalling their longest ever scoring streak (1947 to 1951).

A win to end the World Cup warm-up. pic.twitter.com/4Vqbz09qUu

Reunited at the Bernabéu….

So, all Lopetegui has to do is win the World Cup with Spain and then replace Zidane at Real Madrid. That's some summer.

20 – Julen Lopetegui has not lost any of his first 20 games for #ESP (W14 D6), the second best unbeaten start of any manager, being currently the side on the longest unbeaten run heading into the World Cup. Real Madrid pic.twitter.com/RKbED7XTKF

The new man at Madrid 👔

Julen lopetegui takes over from Zidane at #RealMadrid next season pic.twitter.com/OZx6GZWunv

Out of nowhere, Spain boss Julen Lopetegui will take over from Zinedine Zidane at Real Madrid after the World Cup.