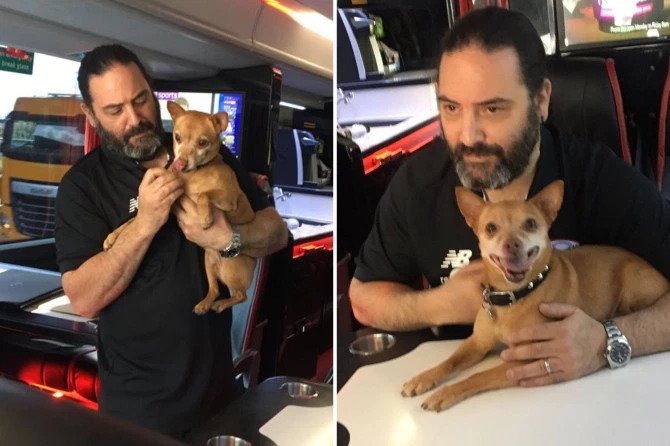 League Two side Leyton Orient’s kitman Adrian Martin heroically ran out into oncoming traffic to rescue an adorable dog from being run over. His quick thinking ensured that the canine, Pavo would live to fight another day. The team was travelling on their coach to Mansfield for Tuesday’s game, when Martin spotted the dog racing across the busy highway. Pavo, all of a sudden darted in front of a truck which thankfully came to a halt, allowing the O’s kit man to run out, and pick up his newly made furry friend.

Pavo’s family was found through a number attached on his collar, with one Orient fan looked after him at a nearby hotel until the dog was reunited with his owner. The Orient fans were delighted by this courageous incident and flooded the social media platforms with photos of Martin cradling the pup on the team bus this afternoon. One superstitious fan wrote on Twitter, “Glad to see he is all okay and soon to be returned home. Hopefully this good deed will bring us luck”

The dog-saving heroics should bring some good news to Orient, who have picked up just one point from their past two games and the club are still coming to terms with the devastating death of former manager Justin Edinburgh in June.