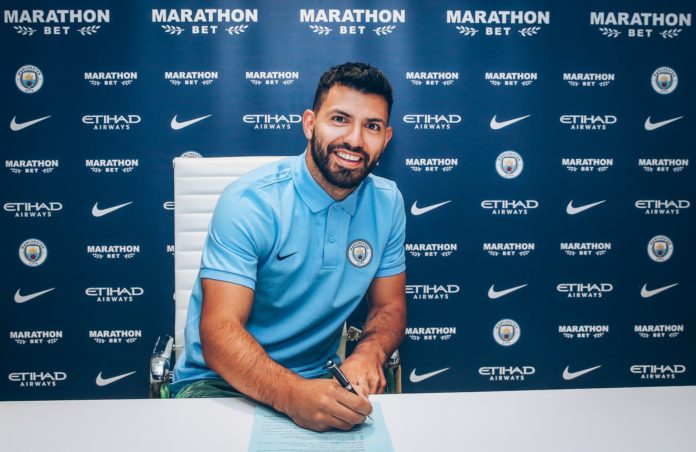 Sergio Aguero has signed a one-year contract extension at Manchester City to remain at the club until 2021.

The striker, 30, previously implied that he could leave City in 2020, when his previous deal was due to expire, as he wanted to end his career at former club Independiente in his native Argentina.

But his new deal means City’s all-time leading goalscorer will remain at the club until just after his 33rd birthday.

The news of his signing was posted by Manchester City FC’s official Twitter handle:

Aguero said: “I am happy for this additional year. My idea was being here for 10 years. I’ve been here for seven years, it’s going to be 10 when the contract expires.

“This was the main reason I signed. I’m very happy because they have treated me very well since the first day I got here. I’m very happy with everything that involves the club, my team-mates, the staff and the management team.

“We have a good team, we need to be focused and if we are at 100 per cent, we have lots of chances to do great things.”

Football: Manchester City and Raheem Sterling are renewing their vows